Following a non-binding agreement signed in September, the Denver area’s REcolorado and Northern Colorado’s Information and Real Estate Services (IRES) have signed a binding merger agreement with approval from REcolorado’s board of directors and IRES’s board of managers. Now, only shareholder votes are needed to make the merger final. 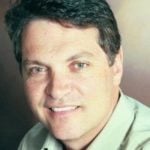 “Colorado real estate professionals have told us they want the benefits that can only come from one MLS,” said REcolorado CEO Kirby Slunaker in a statement.

According to Slunaker and a joint press release from the MLSs, such benefits would include better products and services, heightened innovation, more comprehensive data, a broad set of technology tools and consumer-facing websites.

“Bringing our MLS organizations together is what brokers want and what the market needs,” said IRES CEO Lauren Hansen in a statement.

Shareholders to say yea or nay

The eight Realtor associations that own the MLSs are expected to meet and vote on the merger within the next 30 days, according to REcolorado spokeswoman Deborah Shipley.

“I’m optimistic the merger agreement will receive shareholder approval, giving us the green light to consolidate these two companies,” he said in a statement.

With approval from the shareholder associations, “the merger could close before the end of the year,” he added.

The merger does not require a membership vote on either side, either from the associations or the current MLS subscribers, according to Shipley.

Should shareholders approve, the process of integrating the two MLS organizations — including their products, services and all listing data — would begin shortly thereafter, the MLSs said.

What we don’t know yet

A few key details of the merger, including which database the merged MLS will use, which MLS members will have to switch systems, and the cost of subscription fees will be determined after the deal is finalized, according to Shipley.

Some current MLS members will “undoubtedly” have to transition to another system, Hansen told Inman, but the MLSs might consider some kind of hybrid operation to make that shift easier.

“Technology can be a wonderful thing, allowing us develop creative solutions,” Hansen added. “It’s simply too early to tell.” 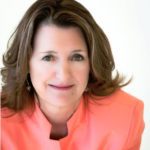 Each MLS currently has its own consumer-facing listing site, ColoProperty.com and REcolorado.com, and both will be maintained after the merger due to their respective market success, Hansen said.

The clock is ticking

The binding agreement is coming none too soon for some Colorado agents and brokers. A group of 20-plus large brokerages in the state pressured the MLSs to combine in a February letter asking for a single database by no later than January 1, 2018 “to enable us to do our jobs.”

In comments on IRES’s and REcolorado’s respective blogs, subscribers seemed eager to see the merger come to fruition. “At this point, please just get on with it. As an appraiser, it has been somewhat difficult to blend the data in overlying areas,” said one IRES commenter.

Robert Feichtinger, a broker associate in Denver that subscribes to both MLSs, said, “Progress … but it has been painfully slow. For agents in the field and the general public the two separate and distinct systems continues to be a royal pain, and chasing more people to rely on Redfin, Zillow, and perhaps realtor.com for comprehensive data.”

He urged IRES and REcolorado to re-start a data share between the two MLSs, which REcolorado ended in March despite broker calls to keep it until a merged MLS was available, and also to provide more information about the merger.

“So what is the plan & proposed timing?” he wrote. “For the ‘stakeholders’ to properly get input from the constituents they represent there should be an option to review and comment PRIOR to the board approval! Can we please pickup the pace, and stop keeping the details so secret?”

After Inman asked about the comment, Hansen replied to Feichtinger and other commenters urging them to “Stay tuned” for more information.

“Our apologies for not providing more frequent communication about this process as it was unfolding,” Hansen wrote, citing confidentiality agreements as the reason for keeping progress under wraps, and noting that the MLSs “hope” to provide more frequent updates and increased transparency.

She said the MLSs would restore the data share “as quickly as we are able.”

“The understanding has been that when the merger has been closed, data sharing will be reinstated,” Hansen told Inman. But technical requirements such as data mapping, a revised user interface and deduping listings mean that there is no “flip of a switch” when it comes to resuming the data share, she said.

She said even if the merger closed in the coming weeks, “the data sharing is needed ASAP since we will both maintain separate MLS systems for the foreseeable future. (A decision on the future MLS system is anticipated in 2018).”

Not a merger but still more access to listings

Meanwhile, REcolorado is extending its footprint in the state in a way that stops short of a merger but still allows greater access to listings. Last week, REcolorado announced that its deal to become the MLS provider for the more than 400 members of the Steamboat Springs Board of Realtors in the northwestern part of the state was live. REcolorado also provides MLS services to the Realtors of Central Colorado.

This setup provides smaller Realtor associations “a cost-effective way to receive all the benefits of being part of a large MLS,” Shipley said via email. Previously, SSRB and ROCC managed their own MLS systems, which came with handling all of the associated technology, regulations, compliance and data feed duties. 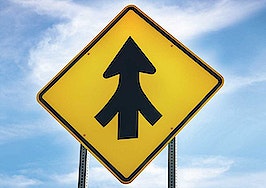 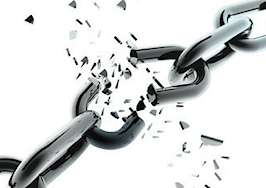