Editor’s note: This story will be updated with additional hires.

Fall 2017 is witnessing an array of real estate industry hires and promotions. Who’s making moves? Which businesses are bringing in new blood or creating fresh positions? 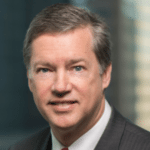 Last evening, the United States Senate confirmed J. Paul Compton, Jr., President Trump’s nominee to serve as General Counsel of the U.S. Department of Housing and Urban Development (HUD). HUD Secretary Ben Carson welcomed the Senate’s action and said it comes at a critical time as the Department prepares to support the long-term recovery efforts following Hurricanes Harvey, Irma and Maria and other natural disasters that have affected the country.

“Paul’s extensive background in real estate and housing finance will be a tremendous asset to this Department as we continue to support our nation’s housing markets and our state and local partners recovering from recent disasters,” said Secretary Carson. “I look forward to adding Paul’s expertise to our highly experienced senior team.”

Paul Compton is an Alabama native with vast legal expertise in the areas of multifamily affordable housing finance, tax credit transactions and residential mortgage securitization. A former partner of the Birmingham-based law firm of Bradley Arant Boult Cummings, LLP, Compton is listed by Chambers USA as one of America’s leading business lawyers on issues related to banking, finance and regulatory matters. He also served as a legal advisor to the Alabama Affordable Housing Association (AAHA), a trade organization for developers, property managers, lenders, investors and service providers for affordable housing. 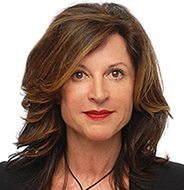 Top producer Fabienne Lecole has left the Corcoran Group and joined young residential brokerage Compass after following the company for some time.

“We’re at the end of 2017, and the market is changing,” Lecole said. “You either move with it or you miss it. I believe Compass is the future.” 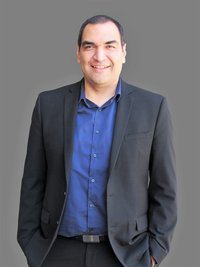 MLS (multiple listing service) veteran Jason Sanchez will be stepping in as CEO of the Greater El Paso Association of Realtors (GEPAR) on January 2, 2018, after current CEO Sharron Ramirez retires.

Jason has over 16 years of experience with the association, and he currently sits on boards and councils for Corelogic, Zillow, the Council of Multiple Listing Services (CMLS) and Project Upstream.

“I would like to thank the Greater El Paso Association of Realtors’ leadership for having the confidence and trust to choose me as GEPAR’s next CEO,” said Sanchez. “I promise to continue the standard of excellence that GEPAR has established as an organization.

“I am deeply humbled and excited for the future and I will work tirelessly each and every day with our leadership, staff and members to take this association to new heights!”

Dan Olivas, GEPAR board president, said of the CEO transition: “Jason has served the association as MLS director for over ten years. Jason has established a national reputation as a visionary and leader in the MLS Industry. Jason has mentored under Sharron for serval years and his transition to the executive director will be seamless. The future of the largest trade association in the city is in good hands with Jason Sanchez as its new CEO.”

“Management’s loyalty to its people convinced me to join Coldwell Banker as an office manager,” said Robertson.

“Those at the top know you, care about you, make you a priority and give you the tools to succeed. In life and business, success is determined by who you surround yourself with, and I’m thrilled to work with the industry’s best,” he added.

Robertson, a Michigan native who holds a bachelor’s degree in environmental studies from the University of Michigan, most recently worked with Sotheby’s International in Beverly Hills.

“Jay has an impeccable reputation in the real estate industry throughout Los Angeles, and we are thrilled to welcome him,” said Beth Styne, chief operating officer at Coldwell Banker Residential Brokerage in Greater Los Angeles.

“His knowledge and success in the mortgage banking industry coupled with his residential real estate experience and record as a top producer make him a tremendous asset to our team.”

In his new role, Durkin, who joined the company in 2015 as executive vice president of acquisitions and growth, will carry on leading the company in its efforts to expand across the country.

“In the past year as COO of Douglas Elliman, Scott has successfully led several major initiatives to strengthen our brand, our culture and the ways in which our most valued assets, our agents, do business,” said Douglas Elliman Realty Chairman Howard M. Lorber.

“From forward-thinking partnerships with StreetEasy to another record-breaking year of sales, Scott has proven himself to be a highly valued and respected leader. I am thrilled to make this announcement,” Lorber added. 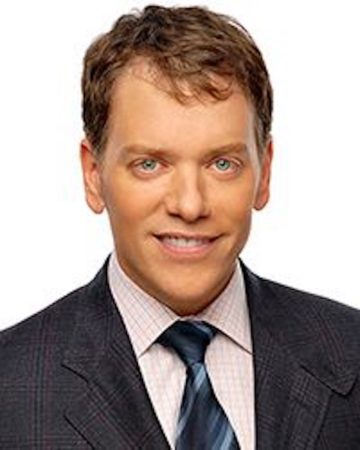 Durkin played a vital role in the partnership with StreetEasy and Zillow, and he contributed to expansion efforts in New York, South Florida, California and Massachusetts, as well revamping operations in Westchester, Connecticut and the Hamptons.

“My tenure with Douglas Elliman has proven to be my most rewarding professional experience to date, and I am enormously grateful to be able to lend my nearly three-decades of experience to our firm’s exciting culture of entrepreneurialism and forward-thinking leadership,” said Durkin, who began his career as a sales agent with the Corcoran Group in 1991.

“I am very proud of the way Scott has grown our brand and strengthened our incredible team of sales, technology, and marketing professionals,” said Douglas Elliman CEO Dottie Herman.

“He is a huge asset, not only to Douglas Elliman, but to the real estate industry as a whole. I knew when I met Scott many years ago that I wanted him with Elliman and I am very happy he is finally home.” 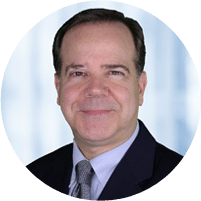 In his new role, Riddell will be tasked with developing and solidifying relationships with LoanLogics’ largest clientele, developing the company’s LoanHd AppQ Network of data services and integration partners, and overseeing the company’s account management and consulting services teams.

“LoanLogics stands as a leader in regulatory technology for the mortgage industry, which is a key aspect for the advancement of the evolving digital mortgage environment,” Riddell said.

“I look forward to my new role helping clients and partners as they move toward more digitization and the enormous opportunity we have as a company to improve loan quality and acurarcy while driving operational costs down.”

Since joining the company 10 years ago, the 25-year veteran of the real estate finance industry and recipient of the 2016 HousingWire Vanguard Award has successfully implemented all LoanLogics solutions, including the LoanHd Loan Quality Management platform.

“Craig knows our customers better than anybody at LoanLogics and his contributions to our growth as a company have been invaluable,” said LoanLogics President and CEO Brian Fitzpatrick.

“As we continue our market penetration and bring new and innovative products to the market, Craig will be engaged more deeply in a broader set of responsibilities across our business so we may continue to solve the industry’s biggest loan quality and risk management challenges,” Fitzpatrick added.