The industry has wasted too many cycles on Compass FUD (fear, uncertainty and doubt). It must get busy competing.

Three years ago, even after Zillow acquired Trulia and cemented its hold on the industry, the doubters and haters dug in, second-guessing the portal’s business model, blowing smoke about it not making money and persistently questioning the true intentions of the company. The peak of this Zillow arc was an amateur “Stop Zillow” movement (and a dubious crowdfunding campaign launched earlier this year).

Today, their rants seem empty. Zillow has a market cap of $7.5 billion, the company makes its premier agents millions of dollars a year in commission income, and it has become the door through which most home shoppers enter.

Critics of Compass, the NYC-based brokerage, are suddenly sounding shallow as well. Last week, the company raised a staggering $450 million from Softbank, one of the brightest, well-capitalized tech investors in the world.

My question to the naysayers: Do you really not get that this is a legitimate and distinctively unique business? With a tried-and-tested business model, Compass is quickly building an enviable footprint, with a network of top producers and a yet-to-be-understood technology infrastructure. (Remember, Uber started with a clunky app and the best drivers, and then they revolutionized transportation).

Compass is already making a fast-and-furious grab for market share — enough to bruise the earnings this year of real estate giant Realogy.

Underestimate the New York-based tech brokerage at your own risk. Compass is the real deal, not a fake-it-til-you-make-it enterprise.

An anonymous trash talk slide deck prepared a year ago by some big brokers reminds us of how JV the old real estate guard can be when faced with the threat of these new companies. They even spread cheap rumors that Compass CEO and founder Reffkin was going to be fired. Reminiscent of the anti-Zillow antics, a gaggle of expert goons ran around mugging Compass and peddling fear among brokers and their agents.

While the doubters play Howdy Doody, Reffkin is proving he has much much more than charisma and style. He is a risk-taker in the mold of Richard Branson. With a blend of smarts, money and passion, he is sweeping up the best agents and building a magnetic culture. And he is willing to make a few mistakes along the way. He has enough funding to pick himself up and learn from his snafus.

Do you know how difficult it is to raise hundreds of millions dollars? Believe me, it is not like going to Bank of America and getting a $10,000 credit line (although that can be a bad dream, for sure).

What now for the rest of the field?

The industry has wasted too many cycles on Compass FUD (fear, uncertainty and doubt). It must get busy competing.

It should stop wasting its valuable time and money on Upstream, Broker Public Portal and other ill-conceived strategies to undermine exciting new companies that want to change the real estate industry for the good.

And the National Association of Realtors should wake up as well and stop carrying the water for a small group of industry resistors.

Instead of publishing hit pieces on innovative programs, like it did with Zillow’s instant offers, the trade group should be issuing white papers and reports on how to work with iBuyers and new business models.

And they should beg Compass and Redfin leadership to serve on important insider NAR broker committees. Bust the cabal once and for all and bring in fresh new voices and perspectives. New leadership has never been more important for the real estate industry.

Why do you think Realogy is making massive management changes? They are smart people who see the writing on the wall. A young, technology-driven CEO Ryan Schneider is not expected to run his motor on idle for too long after taking over January 1.

Others will look to consolidate, gobbling up market share and acquiring savvy tech firms to speed up internal innovation. Also, look for a few mega acquisitions in the coming months.

This is the year everything will change. Get ready.

I’m working on a new weekly email featuring my thoughts on the industry and more. Check out the last one here (“How flashy upstart Bamboo Realty bamboozled the industry”). Send me feedback at brad@inman.com. And if you would like this in your inbox regularly, sign up here: 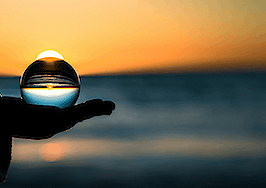