More than half of all homes sold by Redfin in 2017 resulted in bidding wars during a deeply competitive year, up from 49 percent last year. And 19 of the top 25 most cutthroat neighborhoods hailed from the Seattle metropolitan area, the very city where Redfin is headquartered, according to new data released today by the web-based real estate brokerage.

However, it’s worth noting that Redfin’s data is limited to its business, and the brokerage currently operates in 80 major metropolitan areas in the U.S., so it is not necessarily reflective of overall trends. That said, it is still an interesting window into the sales going through the “country’s number 1 real estate brokerage website.” The list appears to rely on a combination of data, including Redfin’s algorithm for determining whether a home will go into contract for a sale within two weeks of listing (a Redfin “Hot Home). 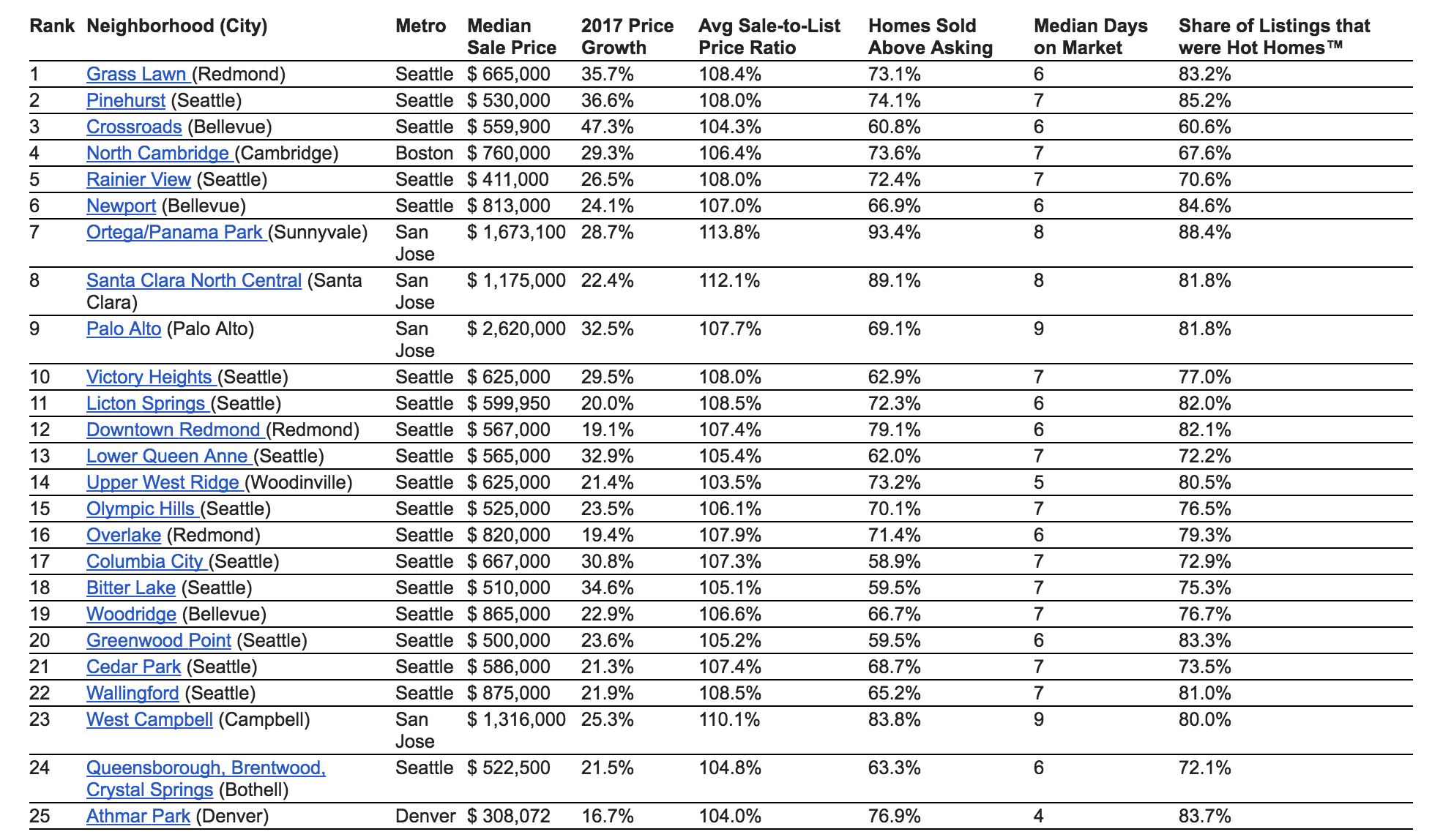 Grass Lawn, Pinehurst, Crossroads and Rainier View — all located within miles of downtown Seattle — rounded out Redfin’s top five most competitive neighborhoods in 2017, with North Cambridge in Boston clinching the number 4 spot on the list. Homes in each of those white-hot neighborhoods sold within six or seven days of hitting the market, according to Redfin data.

In Grass Lawn, where median home values stand at $730,000, approximately 73 percent of sales were inked over the asking price, and most homes found a buyer within six days. The average sale-to-list price ratio was 108.4 percent, an indication that many homes were bid up well-above asking price, according to the Redfin data, released on Thursday.

“Grass Lawn is so super-competitive because it’s very close to the Microsoft campus, and Google is also expanding its footprint in the area,” said Redfin agent Gina Madeya in a statement. “It is a suburban area with mostly older homes. The area offers easy access to one of only two freeways that can get you across Lake Washington and into downtown Seattle and it’s also a short drive from the shops and restaurants in downtown Redmond and Kirkland.”

Indeed, other data from outside Redfin has pointed to the rise of Seattle as a hot housing market this year, including fellow Seattle-based company Zillow Group, which in October found home prices in the area rising 12.4 percent year-over-year. The continued growth and spread of Amazon in the area is thought to be a major factor behind Seattle’s recent boom.

Athmar Park in Denver and Ortega/Panama Park, Santa Clara North Central and Palo Alto in California were among the neighborhoods outside of Washington to make the cut this year. 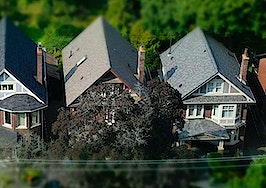 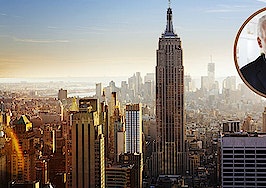