Doug Zuba on Unsplash
by Emma Hinchliffe
Share this article
You successfully shared the article.
Close

Detroit is backing down from a confusing, maybe-accidental ban on some Airbnb use in parts of the city, the Detroit Metro Times reported Friday.

Detroit is backing down from a confusing, maybe accidental ban on some Airbnb use in parts of the city, the Detroit Metro Times reported Friday.

The city told the paper that it wouldn’t enforce a rule that went into effect this week barring residents from listing rooms in their houses on the short-term rental platform in Detroit’s single-family and two-family residential districts.

“Detroit homeowners have been able to rent out a room in their homes for more than 100 years and we don’t believe the new ordinance was intended to take away that right. The ordinance as written appears to ban all homeowners from having even their own friends and relatives stay at their homes if that friend or relative is paying them rent. The public was never told that was intended. I have asked the law department to review this question and give BSEED guidance,” he said.

The regulation had left Airbnb scrambling this week, since local hosts on the platform became concerned about a new city rule. While many cities fight against Airbnb, usually the battle involves a long, public fight involving politicians and often the hotel industry. In Detroit’s case, the new rule came from the city’s zoning board originally and had no publicized vote or comment period.

Curbed posted a letter one resident received from the city that instructed them to “discontinue use as an Airbnb.” But Bell said in his statement that tickets from the city have only been issued after complaints or other violations at properties.

Until Detroit figures out for good what it’ll do regarding Airbnb, the city won’t ticket homeowners for renting out rooms in their homes, Bell said.

“We applaud the city for doing the right thing and protecting everyday people who are sharing their homes to pay the bills,” Airbnb said in a statement. “Airbnb has partnered with hundreds of cities to develop commonsense home sharing regulations, and we look forward to collaborating with Detroit leaders moving forward.” 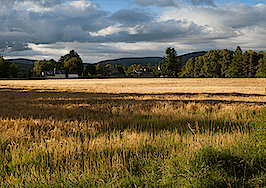 Homeowners called the cops to report their 'stolen' house