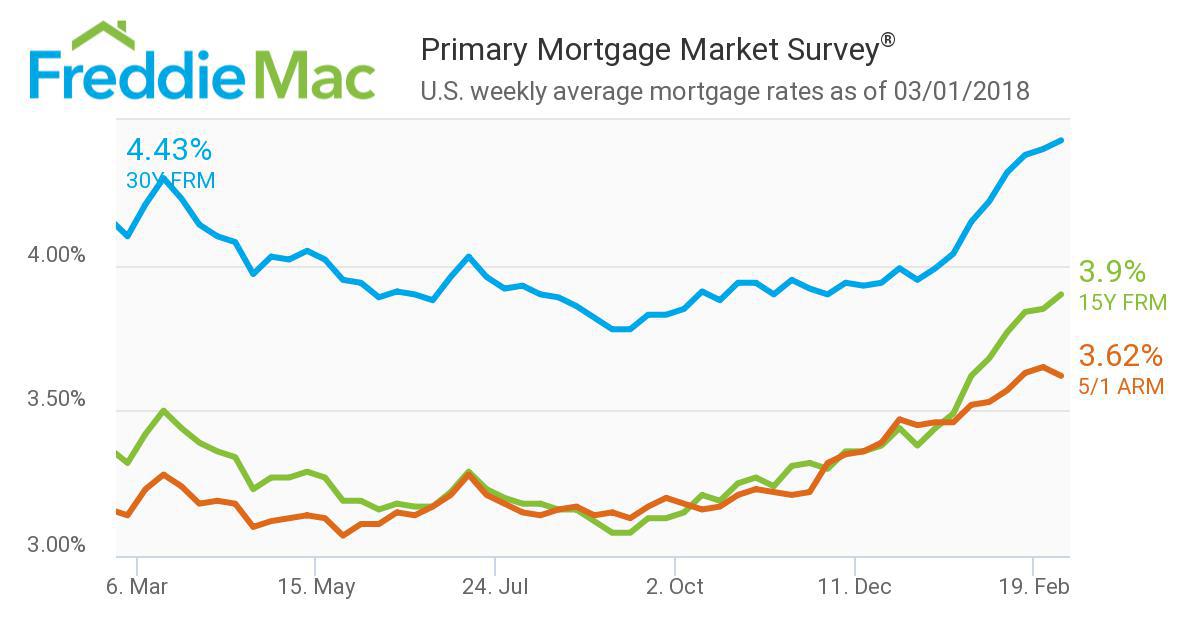 “The 30-year rate has been on a tear in 2018, climbing 48 basis points since the start of the year and increasing for 8 consecutive weeks.

“As we documented, historically when mortgage rates surge, housing swoons. But we think strength in the economy and pent up housing demand should allow U.S. housing markets to post modest growth this year even with higher mortgage rates.

“We really have to wait for housing markets to heat up in spring, but early indications are that housing demand remains robust to these rate increases. The MBA reported in their latest weekly applications survey that home purchase mortgage originations were up 3 percent from a year ago.” 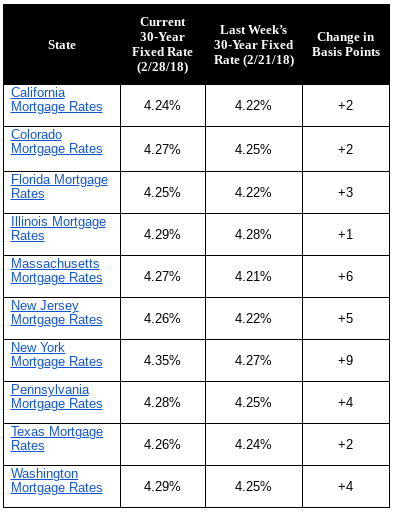 “The jump early this week was driven by comments from Federal Reserve Chair Jerome Powell suggesting that four Fed rate hikes could be in store for the remainder of 2018 rather than the three that had been previously anticipated. Markets will look for clarification when Powell speaks again tomorrow before the Senate Banking Committee. Comments from the Presidents of the New York and Atlanta Reserve Banks early next week could also move rates.” 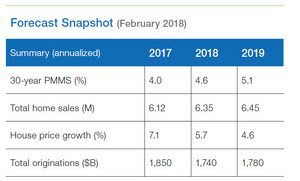 “While existing home sales may struggle to top their best-in-over-a-decade 2017 performance, new home sales should provide enough growth to push total home sales in the U.S. modestly higher in 2018.

“Housing construction continues to lag demand by a wide margin, so we expect to see housing starts grind higher in 2018. House prices have also been accelerating. The most recent release of the Freddie Mac House Price Index shows U.S. house prices increased 7.1 percent from December 2016 to December 2017.

“With construction ramping up slowly to meet demand, house prices should continue to increase, though the pace of growth may moderate as higher interest rates pinch affordability and the tax bill shifts the balance between buy and rent.” 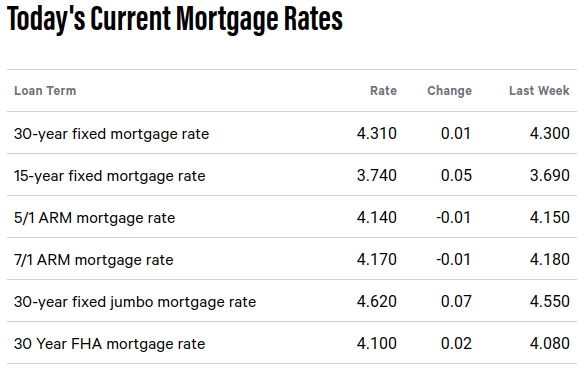