When it comes to booming population growth, the South and West are winning the race, according to the latest government data.

When it comes to booming population growth, the South and West are winning the race, according to the latest government data.

Of the 10 fastest growing counties, all are in the South and West, the Census Bureau reported in late March. And of the fastest growing metropolitan areas, all but two were in these two regions. The data covers the 12 months between July 2016 and July 2017.

Six of the 10 counties with the largest gains during that period were in Texas — Bexar, Collin, Dallas, Denton, Harris and Tarrant. The other four counties were Maricopa County, Arizona; Clark County, Nevada; Riverside County, California; and King County, Washington.

The largest net gain was recorded in Maricopa County, which grew by 74,000 people. But Maricopa is only the nation’s 4th largest county, with a total population of 4.3 million.

The three larger than Maricopa, which encompasses Phoenix, are Los Angeles at nearly 10.2 million; Cook County, Illinois (home to Chicago) at 5.2 million; and Harris County, Texas, (which includes Houston) at 5.7 million.

More than half the nation’s 3,142 counties — 57 percent, or 1,790 counties — saw their populations grow between July 2016 and July 2017, with the primary driver being net domestic migration, the Census said. But that means 43 percent, or 1,342 counties, lost people who moved elsewhere and failed to make up for them.

Net or negative migration accounted for the other reasons for population shifts. More people moved in rather than out in 52.9 percent, or 1,661, of the country’s counties. And more went the other way in 46.8 percent, or 1,470.

At the metropolitan level, the Dallas-Fort Worth-Arlington, Texas, region gained 146,000 people, the most of any other metro area. “Historically, the Dallas metro area attracts large numbers from both international and domestic migration,” Molly Cromwell, a demographer at the Census Bureau, said in a press release.

On the other hand, many of the other largest metro areas rely largely on international migration and natural growth for their population gains, she added.

The only two metro areas in the Top 10 not in the South or West were the Washington, D.C., metro, which climbed to become the fifth fastest growing region, up from 11th in 2016, and Riverside-San Bernardino-Ontario, Calif., which jumped from 13th in 2016 to 7th in 2017.

Since the Washington region is sometimes called “Washimore” because of its proximity to Baltimore, it also is worth noting that the Baltimore metro area is now on its own the 20th most populous metro area, up from 21st in the previous year.

Decreases in net domestic migration led to decreased populations in Bend-Redmond, Oregon; Provo-Orem, Utah; The Villages and Cape Coral-Fort Myers, Florida; and Austin-Round Rock, Texas. Nevertheless, all five remain on the list of “fastest” growing metro areas, although they did drop in rank.

(According to the bureau, which is part of the U.S. Department of Commerce, net domestic migration stems from less of a gain from movement within the United States.)

To find out which counties people are leaving from and moving into, visit the Census Flows Mapper. 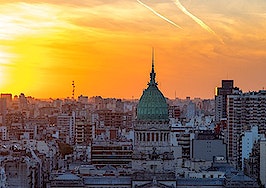 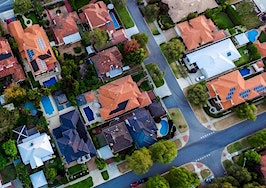