staras on Shutterstock.com
by Patrick Kearns
Share this article
You successfully shared the article.
Close

The Consumer Finance Protection Bureau (CFPB) last week finalized changes to address so-called “black holes” in the “Know Before You Owe” mortgage disclosure rule. The “black holes” created ambiguity about when lenders had to tell potential borrowers about closing costs.

Changes to the 2015 rule — also called TILA-RESPA Integrated Disclosure, or TRID — are intended to clarify the language in regards to the timeframe in which lenders can pass increased closing costs on to consumers as well as make the costs more transparent on the closing disclosure form.

“A mortgage is one of the largest financial decisions a consumer will ever make, and CFPB’s rules help ensure consumers have the easy-to-understand information they need before making a decision that will significantly impact their financial lives,” said former CFPB Director Richard Cordray, back when the amendments were proposed in July 2017. “Our updates will clarify parts of our mortgage disclosure rule to make for a smoother implementation process for lenders and consumers.”

The “Know Before You Owe” rule was initially created to provide consumers, “with good faith estimates of the loan terms and closing costs required to be disclosed on a Loan Estimate,” according to CFPD. There was confusion, however, in the mortgage industry, as to exactly when creditors may pass increased costs to consumers and disclose them on a closing disclosure form.

Nowhere in the original rule did it specify the timeframe for addressing these increased costs with consumers, which the mortgage industry said made it difficult for creditors to pass the increased costs to consumers. That confusion led to creditors spreading the costs across all consumers by pricing their loan products with added margins, or in some cases, denying consumers the credit even after providing the closing disclosure, according to CFPB.

The new amendment now sets a clear four-day timeframe, eliminating that potential gap, or “black hole” as it’s known in the industry.

The changes were initially proposed back on July 2017 and open to a public comment period. At the time, the National Association of Realtors (NAR) was one of the organizations that voiced support for changes. The final rule is set to take effect 30 days after it’s published in the federal register. 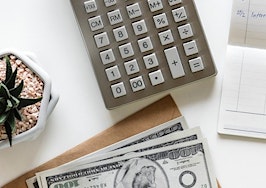 How agents can soften the blow of homeownership costs

Home prices rise again for 70th month in a row, no signs of stopping