Translation: if we can help get more people off federal housing assistance, we can better serve those who really need it.

“Housing assistance should be more than just putting a roof over someone’s head,” said Carson, in a release. “These EnVision Centers offer a more holistic housing approach by connecting HUD-assisted families with the tools they need to become self-sufficient and to flourish.”

The program’s ambitious goals are to increase employment and business ownership, enroll more individuals in colleges and GED programs, increase physicals and prenatal visits at federal health centers and increase civic engagement, among others — all with the goal of getting people making enough of their own money and having stable enough situations to no longer need rental assistance, vouchers, or the other programs HUD offers. That’s in line with the goals unveiled by real estate leaders as part of the Parker Principles earlier this year, specifically number 10, make our communities better places to live and work.

Carson’s EnVision centers seek to do this by working with local community and faith-based organizations to offer programs that support skill and character development in areas such as leadership and health. The agency also plans to develop tools to track and measure the outcome of participants.

But experts, including those from the non-profit Urban Institute, are a bit more cautious about their expected income of Carson’s centers.

Urban Institute fellow Susan J. Popkin, in a conversation with Robert Abare, editor of the Urban Institute’s blog Urban Wire, said that expectations for programs like the EnVision Centers need to be realistic.

“Based on everything we know about previous and ongoing workforce programs—and we’ve seen many different models—the effects are fairly modest,” she told Abare.

Popkin cited HUD’s JobsPlus Program of the 1990s and noted, while gains were realized in employment and earnings, they were not statistically significant. In fact, participants’ earnings increased less than 20 percent, she said.

Programs like the EnVision Center also don’t address the real issue that many residents in public housing want to work and there are many systemic barriers to equality, Popkin added.

“The long history of racial segregation means that most public housing is in isolated, economically distressed communities that offer little access to jobs – or to transportation to get to them,” she said. “The labor market doesn’t provide enough jobs that support a decent quality of life.”

Furthermore, even if Carson’s centers help low-income families achieve more financial or career stability, they will still be battling a historic affordability crisis, with housing affordability projected to reach an all-time low in the U.S. by 2023, according to a recent report from financial analysis firm Black Knight.

Eliminating self-sufficiency on public housing assistance has been a goal of Carson’s since he was sworn-in as secretary under President Donald Trump. In the past however, he’s been blasted for plans to make residents of public housing make their own repairs in exchange for escrow accounts.

His plan to revamp the way public housing residents receive housing vouchers was also criticized by many as misguided and a way to raise rent of some of the country’s most vulnerable residents.

HUD is currently being sued by activists groups and New York State over plans to suspend the implementation of an Obama-era rule to address segregation in public housing. 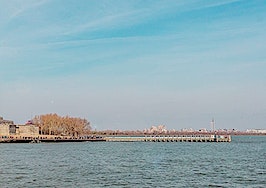 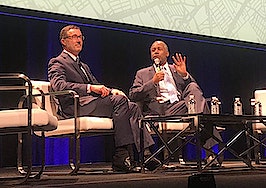