If you’re a real estate agent in New Canaan, Connecticut, tough luck putting up for-sale signs in front of a listing — the city just banned them from the area entirely.

Last week, the board of Realtors for the affluent Connecticut town voted to ban agents from putting up for-sale signs in front of homes that the residents are hoping to sell.

The reason: as local agents and residents told CBS, is that the signs do little to attract prospective buyers while taking away from the beauty of the neighborhood.

“Most people recognize they’re not really contributing to the sale of the home,” Joe Scozzafava, a William Raveis Realtor, told Inman. “With the buyers that we’re dealing with, who are mostly millennials, who are very tech-savvy.”

Located in southwestern Connecticut, New Canaan frequently makes lists of towns with the highest median income in the country. But while the town’s housing market has dipped due to the high cost of property in recent years, some local lawmakers and residents suggested that it was actually the multiple for-sale signs that were scaring residents away.

“The amount of them is giving buyers an idea that this entire town is for sale,” local resident Shawn Gardner told CBS.

The ban, which will first go through a six-month trial period beginning on July 1, is intended to show the board whether eliminating the signs will detract from home sales. 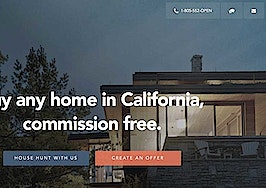 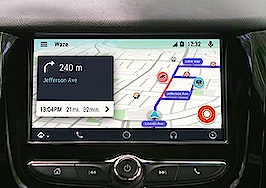 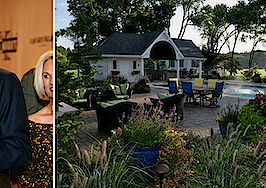