Jakob Owens on Unsplash
by Gill South
Share this article
You successfully shared the article.
Close

“JPAR Franchising is open for business, and now looking for top producers and broker-owners who want to own the next generation brokerage model,” Piccinini told Inman. 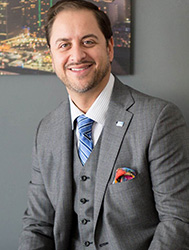 Piccinini had intended to expand office by office across the country.

“As quickly as the real estate industry is evolving and speed to market becomes critical in our business, it was important for us to capitalize on the current market conditions and push for nationwide expansion,” Piccinini went on.

“We believe our model we created in Texas is poised for a new generation of real estate entrepreneurs who want to own a business. A franchise business that is truly supported by the franchise, where best-in-class technology, system, processes and training are all provided in a box with a clear road map and proven strategy.”

Howard Ashkinos, vice president of franchise sales at JPAR, who joined back in mid-2016, told Inman that the company considered traditional centralized expansion but concluded that franchising would be the fastest route to achieving the results they wanted.

“We thought we would go the company-owned route and continue to grow naturally as we had a need, but at the end of the day, the window of opportunity is small,” Ashkinos said. “We wanted to make the most out of the opportunity, we wanted to be able to share what we do with as many as possible. That’s the route that you go when you want to go faster, but also it’s a matter of sharing the concept in a more efficient way.” 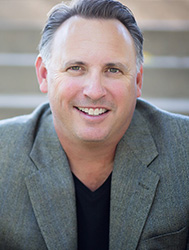 The culture of the company is about productivity and service, with an emphasis on hiring high-producing agents, Ashkinos added.

He and Piccinini expect to have a lot of interest in seeding JPAR franchises in the Midwest, as well as Arizona, Colorado, Arkansas, Louisiana, Georgia, Florida and on up, he said.

Some franchisees will be JPAR agents who may want to move back home to a different state, Ashkinos said. He stressed franchises would be available in parts of Texas where the company doesn’t have offices.

The 100-percent commission brokerage is offering its franchise license to brokers for $25,000 and will charge a monthly fee based on transactions.

The company also intends on talking to high-performing teams who want to have their own businesses about buying franchises.

“We will do some email blasts to team leads, teams that are successful with another company but have never owned their own brokerage and have an entrepreneurial mindset,” Ashkinos said.

JPAR realizes that these team leaders have excelled at their jobs and the company does not want them buried with administration work, so JPAR will be supporting franchisees with their admin tasks utilizing tools with its BOSSS (Broker One Stop Shop Hub) system. It’s the Hub that makes the engine roll, said Ashkinos, who spent 20 years as an agent with Re/Max.

“We recognize a franchisee owner’s main goal should be recruiting top agents and training on a local level,” Ashkinos said. “What ends up happening when people get into a franchise is there is a lot of business stuff to deal with [that] takes them away from what they are doing.”

A franchise owner should focus on being the face of the franchise, he said.

“We will support them on the back side, not just turn them loose and say good luck,” Ashkinos said. “We have experts in every area from lead generation to website creation, images, we help agents develop a brand, with training, agent on-boarding and all their tech.”

JPAR recently appointed Travis Saxton from T3Sixty as its chief technology officer and chief marketing officer and will be taking on more staff as the franchise network grows, Ashkinos said. 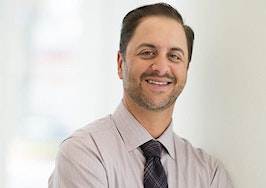 JP & Associates Realtors: 6 transactions or you're out 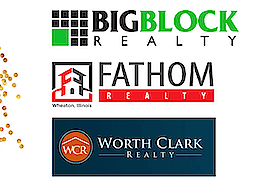 Fast-growing 100% commission brokerage acquires another of its kind 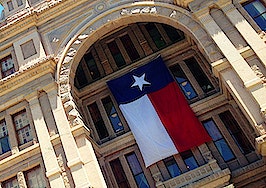