Poprotskiy Alexey on Shutterstock.com
by Patrick Kearns
Share this article
You successfully shared the article.
Close

Pocket listings seem to be on a lot of minds these days. Government regulators were reportedly looking into this practice of “secret listings,” and Redfin CEO, Glenn Kelman, recently criticized pocket listings at a government workshop on competition in the real estate industry.

Pocket listings seem to be on a lot of minds these days. Government regulators were reportedly looking into this practice of “secret listings,” and Redfin CEO, Glenn Kelman, recently criticized pocket listings at a government workshop on competition in the real estate industry. There was even recently a very popular thread on the Inman Coast to Coast Facebook page about them.

The discussion has left some wondering: are they more prevalent than ever? How do they benefit buyers and sellers? Why do agents even keep some listings off the multiple listing service (MLS)?

“There’s a ton of pocket listings out there,” Gary Gold, a Los Angeles-based luxury Realtor told Inman. “Buyers are asking for them, sellers are asking to have that kind of listing, and agents are using it as a tool, and it’s becoming increasingly prevalent.”

Gold is speaking from his own anecdotal experience specifically to the Los Angeles market. He believes there are a number of reasons that pocket listings are increasing in volume, the first of which is simply that it’s a huge sellers market with low inventory, right now.

“There’s a real demand for product,” Gold said. “If it wasn’t a seller’s market, you would have people exposing their property any way they could, because there just isn’t a ton of eyeballs. Now there’s a ton of eyeballs and people are looking under rocks for listings.”

Consumers also have a ton of access to data, and competition is stiff, with the total number of agents in the country rising back to pre-recession levels, if we are to judge by membership to the National Association of Realtors.

“There’s so many agents out there and buyers are already on Zillow or Trulia, and they know everything, you need something to offer than what they already have access to,” Gold said.

Steven Wynands, a Virginia-based Realtor, believes it’s mostly status quo in terms of the number of pocket listings, but it may seem like it’s more prevalent because more sites are popping up that list coming-soon listings or exist specifically to show listings that don’t make it to the MLS or haven’t yet been put on the market.

Sites like thepls.com and Zenlist in Chicago, offer these pre-market listings for homebuyers to scour. Zillow has a “coming soon” option for sellers to pre-gauge interest in their home.

“With competition on so many fronts, agents need to find ways to increase their value,” Wynands said, echoing what Gold also pointed out. “Pocket listings — really “Coming Soon” listings — are one method of doing so.”

James Bohan-Pitt, currently the managing director at DTP Ventures, founded a pocket listings app for agents back in 2015 called HipPocket, which is now closed.

“Pocket listings are no more popular than they were when we launched in 2015,” he said.

“Now almost every house in America starts its life as an off-market, ‘coming soon’ listing,” he said. “Sellers expect some pre-market activity. They will always get to market on the MLS.”

One way that agents share listings before they hit the market, according to a thread on the Inman Coast-to-Coast group, is through private Facebook groups. Multiple commenters confirmed that brokerages and agencies like Douglas Elliman, Re/Max on the Charles and Realty One Group Mountain Desert all use private groups in one way or another to share listings that haven’t yet hit the market.

ListFlash is a tool from zipLogix that aims to make it easier to circulate listings that haven’t hit the market yet to other agents within the office.

For sellers, there are a number of potential reasons to go the route of keeping your house off the market, according to Gold. For many, it creates a sense of urgency for the buyer.

“If new Nike Air Jordans come out, there’s a line around the block,” he said. “Then three weeks later, or month later, you can just go in and buy them.”

In Los Angeles, Gold also deals with many high-profile clients who may not want their homes to hit the market for one reason or another.

Ultimately, Gold believes sellers are best served with their listing hitting the MLS. He imparted some wisdom from his brother, who trained him in the real estate business.

“It’s hard to promote something and keep it a secret at the same time,” he said. 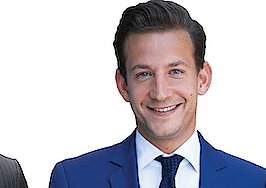 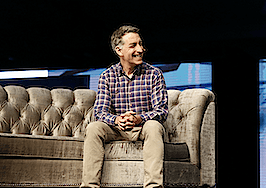