In the nine markets the index tracks, home prices in April rose an average of 6.4 percent, year-over-year, down slightly from last month’s 6.5 percent year-over-year gain. Seattle, Las Vegas and San Francisco have continued to be the hottest markets, according to the Case-Shiller analysis.

“The favorable economy and moderate mortgage rates both support recent gains in housing,” said David Blitzer, managing director and chairman of the index committee at S&P Dow Jones Indices. “One factor pushing prices up is the continued low supply of homes for sale. The months-supply is currently 4.3 months, up from levels below four months earlier in the year, but still low.” 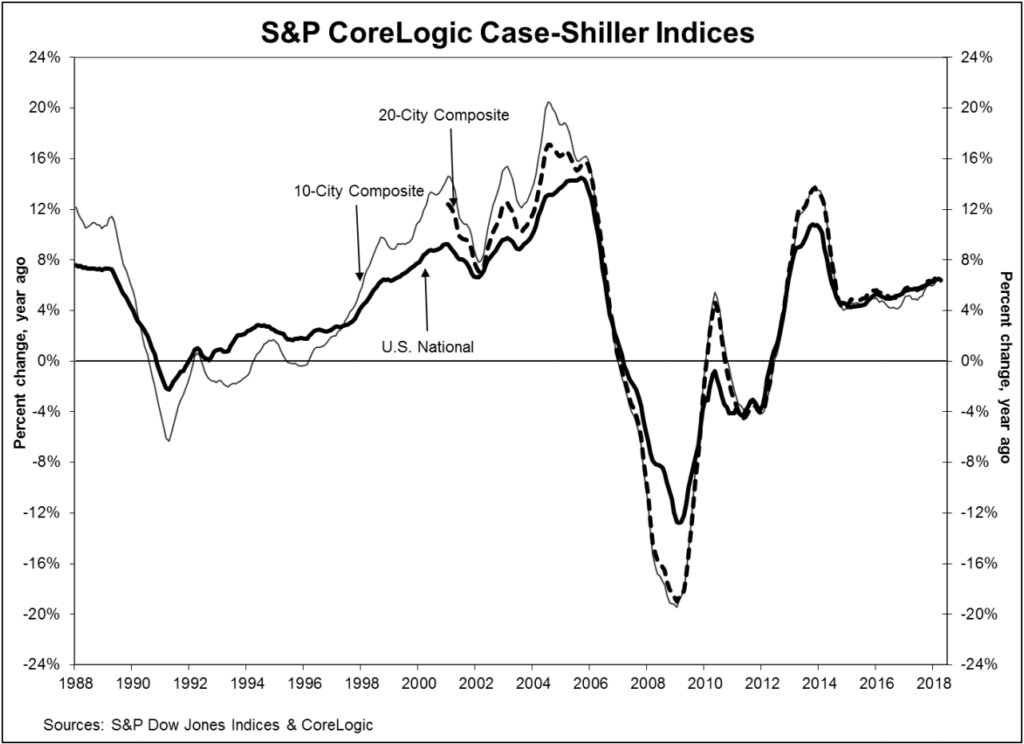 “We expect home prices will continue to rise quickly this summer,” Gonzalez said. “Mortgage rates have leveled off at the moment, and we are continuing to see year-over-year declines in inventory levels. As supply continues to be the primary restrictive factor on sales, we expect demand to continue to drive prices up in the range of 6 percent to 8 percent in the next couple of months.”

The slight drop in year-over-year price growth hasn’t paced properly with slower income growth, according to Danielle Hale, the chief economist at realtor.com.

“Today’s Case-Shiller data on home prices covering repeat sales transactions from February, March and April shows a slight deceleration in growth, but home price growth — especially in the West — still continues to outpace income growth,” she said. “More deceleration is needed in the months ahead to bring home price growth to a more sustainable path.”

Prices are still rising strongly in lower price brackets, but starting to level off for pricier homes according to Lawrence Yun, the chief economist of the National Association of Realtors.

“Rising mortgage rates have also tampered some buying enthusiasm,” he said. “Given the hit to affordability from the double whammy of rising prices and rising interest rates, it is more critical than ever to bring additional homes to the market to relieve affordability pressures.”

“Looking back to the peak of the boom in 2006, 10 of the 20 cities tracked by the indices are higher than their peaks; the other 10 are below their high points,” said Blitzer. The National Index is also above its previous all-time high, the 20-city index slightly up versus its peak, and the 10-city is a bit below.”

Adjusting for inflation changes the picture significantly though, Blitzer explained.

“Only three cities — Dallas, Denver and Seattle — are ahead in real, or inflation-adjusted, terms,” he said. “The National Index is 14 percent below its boom-time peak and Las Vegas, the city with the longest road to a new high, is 47 percent below its peak when inflation is factored in.” 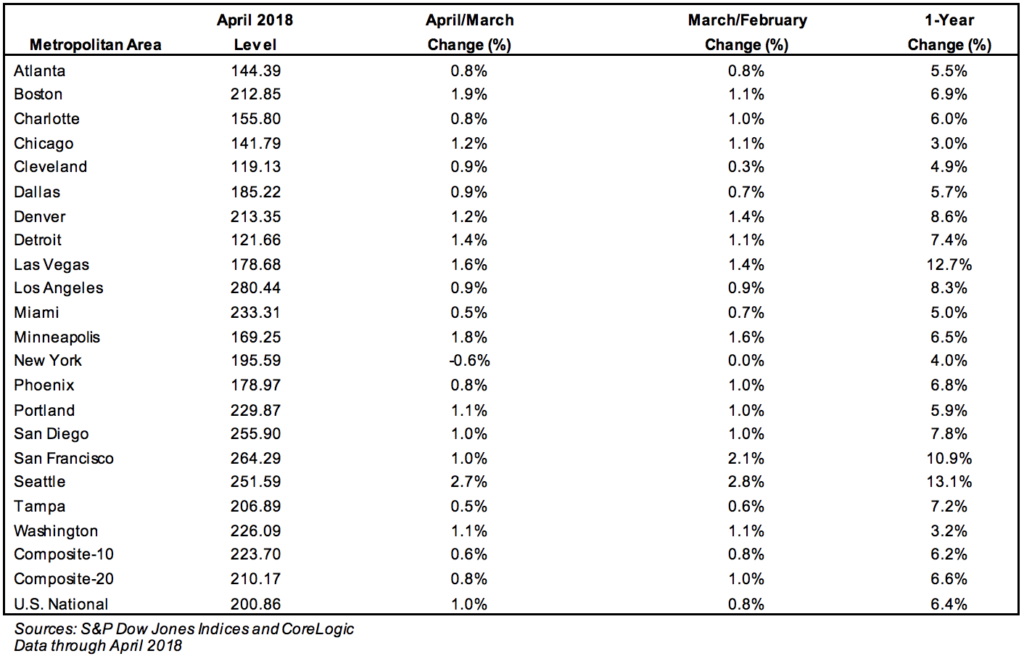