A recent analysis by Zillow found that homebuyers with lower credit scores pay thousands of dollars more for the same property compared to buyers with high credit scores.

A recent analysis by Zillow found that homebuyers with lower credit scores pay thousands of dollars more for the same property compared to buyers with high credit scores.

Putting those rates against a median-priced house of $213,100 in March means that the borrower with fair credit would spend $21,000 more over a 30-year loan than the borrower with excellent credit. The difference would be more extreme for someone with a 600 score or less who is applying for low down payment financing insured by the Federal Housing Administration.

When it comes to credit, more people than ever know the score, according to the latest edition of the Consumer Federation of America’s annual credit score survey.

Unfortunately, they still don’t have a complete understanding of how their scores are determined or the methods they can use to raise their all-important ratings, the telephone survey of 1,005 Americans found.

A credit score is a snapshot in time of how a person handles credit. It can change as often as daily as the three major credit repositories — Equifax, TransUnion and Experian — collect information from creditors.

Scores are used by many would-be creditors — mortgage companies, automobile dealers, retailers, landlords, utilities and even cell phone companies — to determine an applicant’s creditworthiness. In the house financing sector, scores are often the holy grail on which decisions are based.

But many survey participants “don’t seem to know” the importance of a high credit score, CFA Director Steve Brobeck said during a press conference announcing the results of the eighth annual survey.

For example, the difference between a high and low score — 700-plus vs. 550 or less — can cost someone taking out a $20,000 car loan for 5 years more than $5,000 in extra interest, Brobeck said. But in the survey, just 21 percent of the participants felt it would be that much or more.

“You pay a big financial penalty when taking out an auto loan with a low credit score,” Brobeck said.

The difference paid on a typical mortgage is 150-200 basis points between a low and high score. (A basis point is 1/100th of a percent point.

“The dollars can be substantial; tens of thousands of dollars,” the CFA director said, even though it is “spread out over a longer period of time” than a car loan.

The survey was taken jointly by the CFA — an association of more than 250 nonprofit consumer organizations established in 1968 to advance the consumer interest through research, advocacy and education — and Vantage Score Solutions, which was initially developed by the three national credit reporting companies and is now an independently managed company. The Vantage Score system is considered an “alternative” to the more frequently used FICO models.

Over the past four years, the survey found that the percentage of consumers who have recently obtained at least one credit report has “risen significantly,” from 49 percent in 2014 to 57 percent earlier this spring.

Most people surveyed — about eight in ten — are upbeat about their financial futures, especially millennials, who have superior incomes and more savings. But even though they have greater access to credit than previous generations, millennials are choosing to be “less risky,” Burns said.

About two in five have only a limited understanding of how their scores are determined. Many believe their age and marital status are factors, when they are not. Perhaps these folks confuse their chronological age with how long their credit accounts have been open, Burns explained.

At the same time, a significant minority could name only one or two of the three best ways to improve their credit standing — pay all bills on time, keep credit balances below 25 percent and avoid opening several credit accounts at the same time. Only 56 percent were able to name all three.

The survey also found that the percentage of those who think it is important to check their credit reports regularly — at least as often as once a year — fell from 72 percent in 2014 to 67 percent in 2018. Here, Barrett stressed that a person’s credit record is “perpetually changing” and needs to be checked continually. 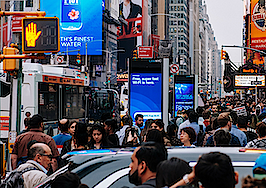 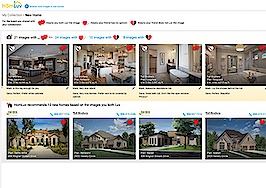