VCCAR, SBAR, and OVBR began distributing checks in July and said families will receive as much as $3,000 to help cover one month’s rent or mortgage payments, according to a report by the Ventura County Star.

“Every little bit counts, and a lot of these people either did not have insurance or got very small stipends from some organizations,” VCCAR Board of Directors member Sher Heard told the Star. “There were little bits coming in here and there, but this was a way to help pay a whole month (of rent) that you did not need to worry about.” 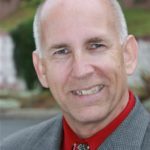 Victims in Ventura and Santa Paula received $160,000 in aid, while fire victims in the Ojai area received about $16,000, according to a press release by VCCAR. People affected by the Thomas Fire and the Montecito Debris Flow in Santa Barbara County have received about $113,000.

VCCAR President Matt Capritto told Inman that he’s proud of the work the associations have done, but that much more is needed to fulfill the demand.

“The need far surpassed our expectations, and the word has gotten out because realtors have hit the ground and talked to so many people,” he said, noting that it would take at least $460,000 to just to help all 200 Ventura residents who have applied to date.

Capritto says the associations are planning to request more funds from CAR and NAR so they can help more victims, but in the meantime, they’re using their influence to educate residents about having adequate home insurance.

Capritto says his beachside community is more likely to experience another earthquake before they experience another fire of this magnitude, which he said was caused by three years of drought and unusually fierce Santa Ana winds.

“But it’s really a phenomenon. In all the years I’ve lived here, never have I seen anything like this [fire],” he added. “This was a very unique fire in the fact that it took everyone off guard. We’re more likely to have an earthquake somewhere down the road.”

But no matter what happens, Capritto says Ventura County Realtors are ready to step up and support their community.

“I just have to say that I’m proud of the community effort, and what we’ve done outreach-wise, because so many people were affected,” he said. “It’s a close-knit, small community and we’re ready to be proactive.” 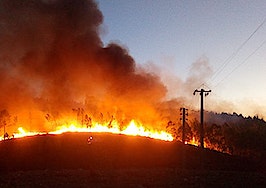 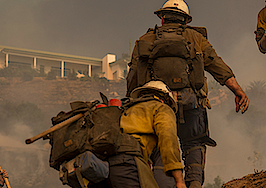 Life-saving tips from Realtors caught in the California wildfires