Antonino Visalli on Unsplash
by Teke Wiggin
Share this article
You successfully shared the article.
Close

When are you entitled to have two emotional support animals in your home, and does the health professional that prescribes one need to be licensed in your home state?

Those are some of the questions raised by a dispute between a commercial airline pilot and condo owner in Racine, Wisconsin and some of his neighbors over whether his girlfriend’s two Pomeranians should be exempt from a community rule that only allows one pet per residence, according to a report in The Journal Times.

The dispute is small and ultimately trivial to all except those involved, but it underlines the ongoing national debate over how emotional support animals should be regulated when it comes to housing. Housing and Urban Development (HUD) Secretary Ben Carson remarked at the National Association of Realtors’ Midyear legislative conference that, “really it needs to be a legit healthcare provider that can document that there’s a true disability and that a support animal is needed.”

In 2013, HUD and the Justice Department (DOJ) jointly released a statement under the Fair Housing Act clarifying various situations in which landlords and other “housing providers” must make “reasonable accommodations” for people with disabilities in order to be able to “use and enjoy” their residences, including the use of “assistance animals” that may otherwise be against a resident’s rules. Carson’s remarks seemed to further specify that the 2013 joint statement was not a blanket invitation for all types of animals to be allowed in residences with rules prohibiting them.

But neither statement — Carson’s or HUD/DOJ’s earlier one — can possibly account for all the many varied situations where service animals clash with residential rules across the country.

Hence the heart of this tiny dispute. John Miller, a 49-year-old Southwest Airlines pilot and owner of a condo at Lakeshore Towers in Racine, Wisconsin, may be fined by the condo board for allegedly breaking the one-pet rule in his condominium complex. However, Miller thinks his girlfriend’s two dogs should be exempt from the rule because they are certified as emotional support animals.

Lakeshore Towers’ board president Martha Deming that both dogs could stay if they were service animals, but maintains that emotional support animals — which is what the Pomernanians have been designated — shouldn’t receive the same protection, according to The Journal Times.

“Assistance animals” is a catch-all phrase that covers both service animals, such as seeing-eye dogs or seizure-alert dogs, and emotional support animals, which can be prescribed to treat mental conditions.

The laws defining emotional support animals and service animals aren’t completely clear, and Wisconsin’s state law on emotional support animals may conflict with federal law as Wisconsin state law says it’s necessary for a person to get approval for their animals from a licensed healthcare professional in-state.  Federal law, which often preempts state law, doesn’t include that requirement.

The mental health counselor who signed of on Miller’s girlfriend’s emotional support animals is licensed in North Carolina and Florida.

Two condo board members motioned to fine Miller, but the motion was tabled until an upcoming board meeting next month. Whether Miller decides to accept the fine, or, sell the condo as he is reportedly contemplating, or escalate the issue to HUD’s attention, the dispute highlights that the rise of emotional support animals is causing no end of conflicts in real estate.

Agents, Realtors, condo owners, landlords and management companies should all be aware that inviting emotional support animals into properties in violation of building policy — or seeking to prevent them from coming in — can create some especially hairy situations. 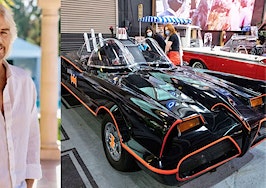