Opcity has a brokerage license in its home state of Texas, but the company does not represent homebuyers or sellers, and that will not change after the acquisition, according to Move and Opcity.

Opcity has a brokerage license in its home state of Texas, but the company does not represent homebuyers or sellers and that will not change after the acquisition, according to Move and Opcity.

“Move, Inc. is firmly committed to partnering with the real estate industry, and keeping real estate professionals at the center of the transaction. We will never write offers, take listings or buy or sell properties — that is the job of our industry partners,” Move spokesperson Janice McDill told Inman via email. 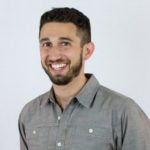 The brokerage license is required for Opcity to collect fees after it screens clients and refers them to agents belonging to other brokerages, McDill said, noting that her responses to Inman’s questions had been coordinated with Opcity founder and CEO Ben Rubenstein.

Move will maintain the license for the purpose of collecting referral fees, but has “no intent to buy or sell properties,” McDill said.

“Opcity offers a broker-centric model that is designed to help brokers and their agents close more transactions. It has no agents and does not list properties. This will not change,” she added.

Move itself has had a brokerage license in California for nearly 20 years, since its days as Homestore, according to McDill. The company obtained the license at the request of state licensing authorities relating to its display of rental listings, she said.

“We have not used that license to compete with our brokerage partners. We are not buying or selling properties as a brokerage does, unlike our competitor,” she said.

“Opcity offers a broker-centric model that improves the consumer experience while helping real estate professionals compete against iBuyers and other tech-enabled companies looking to disrupt them.” 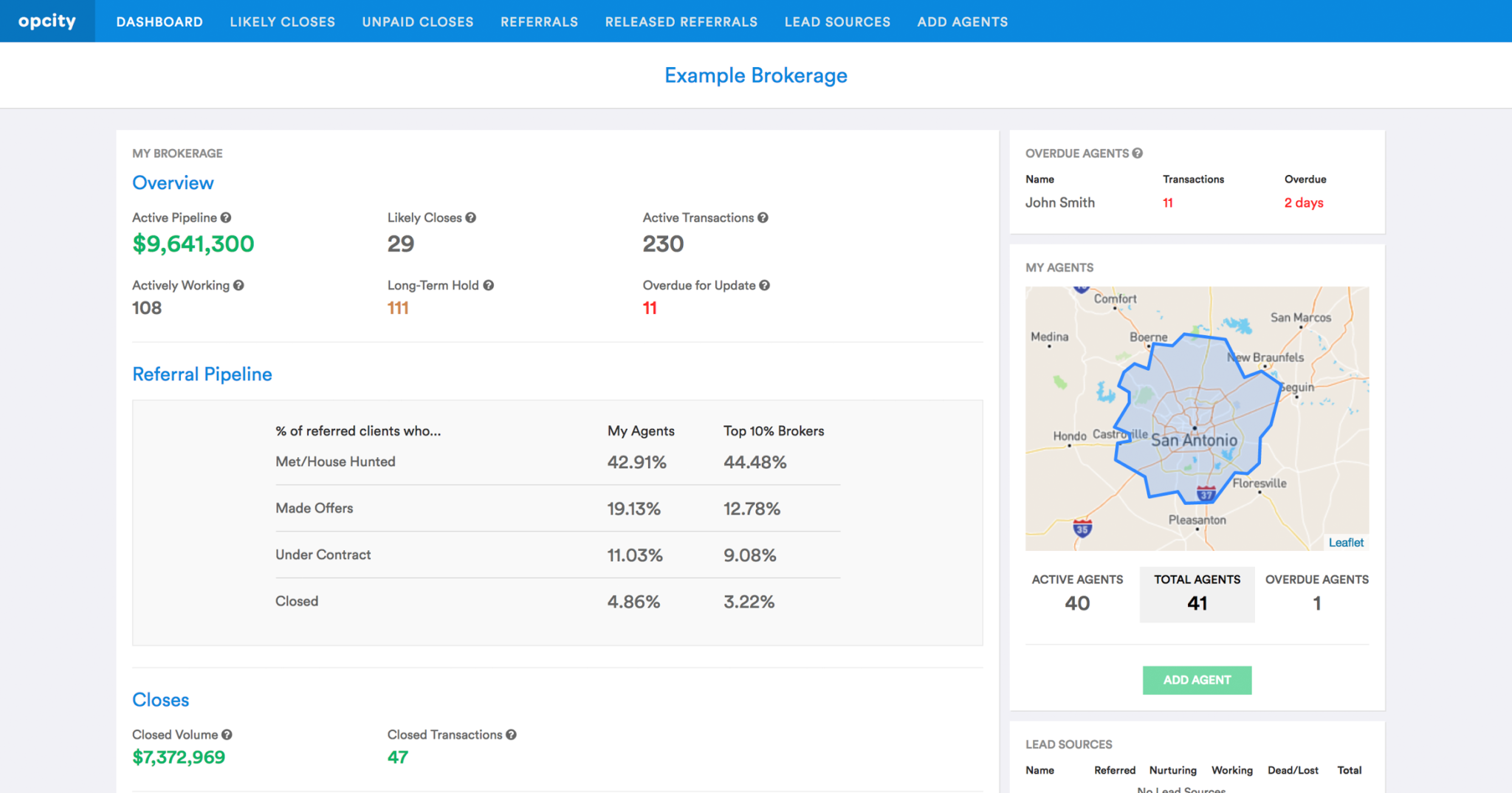 Realtor.com’s no. 1 rival is Zillow, which earlier this month announced it would obtain a broker license in Arizona at the behest of the state’s Department of Real Estate in order to operate  Zillow Offers, the company’s direct-to-consumer “iBuyer” homebuying and selling platform, in the state. But Zillow maintains it has no plans to represent buyers or sellers or hire agents.

“Opcity was founded to provide brokers an edge when competing against iBuyers and other tech-enabled disrupters, and its rapid growth demonstrates that there is a segment of the industry that prefers this model,” McDill said.

“With Opcity as part of our product portfolio, we are able to serve a new segment of the market.”

Texas brokerage HomeCity owns a stake in Opcity, but following the close of the acquisition, Opcity will become a wholly-owned subsidiary of Move, according to McDill.

Inman reached out to Move after a reader commented on news of the Opcity acquisition that “A company with the name Realtor in it has now purchased a brokerage for ‘referrals.’ Where’s the outrage and where’s the common sense in competing with your own customer base?”

McDill said the acquisition was about helping Move’s customers compete, not competing against them.

“This acquisition provides another choice for our customers to select the lead product that works best for them,” she said.

Opcity, which launched in 2015, uses proprietary data sets, applied analytics, and machine learning to capture online leads and match them with the appropriate agents. The company’s concierge-based model vets buyers and sellers and makes sure they are ready to transact before they get to the agent. 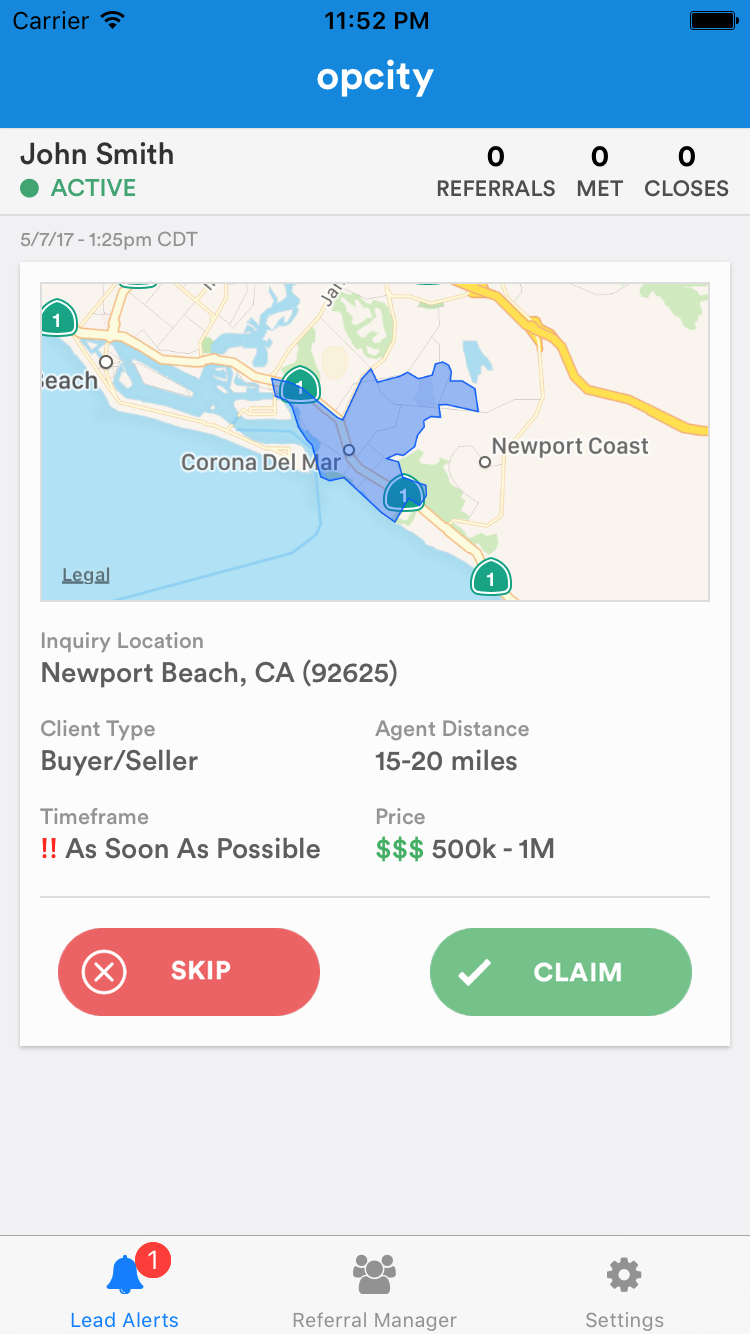 “[O]ur acquisition of Opcity is not about adding another brokerage license. By immediately responding to online leads and matching a consumer to the right agent, Opcity gives realtor.com another way to do what we do best — connect professionals to transaction-ready consumers,” McDill said.

She noted that realtor.com for years has offered its agent and broker customers the option of purchasing shared and unshared leads and will continue to do so after the acquisition.

“Agents and brokers who participate in our shared lead program understand that they will be competing against other brokers and agents who purchase these leads as well. The acquisition doesn’t change that,” she said.

Last month at Inman Connect San Francisco, Rubenstein himself responded to the question of whether Opcity competes with other brokerages.

“For that 20 percent fee, we should be giving brokers a higher than 20 percent increase in conversion rate than they have on their leads today,” he said.

Asked when the deal will close, Move noted that the transaction is subject to customary closing conditions, including regulatory approval and approval by holders of the majority of Opcity shares. 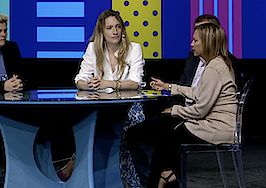