Square footage for single-family homes is on the decline, and fewer homes are being built in all of the United States, according to a new analysis by Zillow.

Using data from the U.S. Census Bureau Survey of Construction, the real estate database company found new home construction was down in each of the nine census divisions, according to a blog post published Tuesday.

Even though that was a 25 percent decline, “[a]mazingly, in percentage terms, the decline in the South Atlantic was the smallest across the country,” read the post. According to Zillow, the largest drop in home construction was 40 percent, found in the East South Central division, or Mississippi, Alabama, Tennessee, and Kentucky.

Contributing factors could include rising construction costs, a decline in skilled labor, and dwindling land availability.

Living space metrics also declined over the same time period. While 2016 saw an average of 2,400 square feet, 2017’s homes typically clocked in at around 2300 square feet.

However, typical lot sizes in 2017 remained similar to the previous year, with one exception: Lots in Arkansas, Louisiana, Oklahoma and Texas (the West South Central division) grew by 750 square feet, according to the Zillow analysis.

Zillow found that the ratio of home-to-lot size has remained consistent at 35 percent through 2017, but the company also identified areas where there were shifts. While in 2016, homes in Alaska, California, Hawaii, Oregon and Washington took up more than half of their total plots of lands, that number decreased to 39 percent by the end of 2017.

Additionally, Zillow determined that the construction of three story homes saw a marked increase from one percent in 2014 to almost 10 percent in 2017. In regions like the Mid-Atlantic and New England, that has come at mainly a decline in two-story home builds, with one- and three-story houses being built at the roughly the same rate. 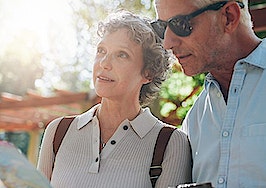