Michael Neal, an analyst with the National Association of Home Builders, estimated that only about 890,000 single-family homes will be built in 2018 — nearly 1 million short of annual growth projections by the U.S. Census Bureau, which includes migration shifts and birth rates.

Home prices are up, inventory is short, and construction rates are down. And the biggest losers of the historic housing shortage could be first-time Millennial homebuyers, housing experts told Inman.

Rising construction costs, a decline in skilled labor, and dwindling land availability have chiseled away at incentives for developers to build affordable starter homes nationwide–despite a healthy economy–prompting Millennials with pent-up demand for housing to duke it out in all-out bidding wars.

“It does alarm me, and it should,” said Matthew Gardner, chief economist at Windermere Real Estate. “The bottom line is, from a pure demographic standpoint, we have almost 80 million Millennials who are getting older. They’re stuck in a dreadful trap, that they would like to buy but they’re having a hard time affording it. It’s very important to get first-time buyers on the first rung of the ladder, which therefore will allow move-up buyers to buy and kind of move everyone up through the natural chain of events — all the way to retirees looking to downsize.”

In February, single-family home starts rose by 2.9 percent, to a seasonally adjusted annual rate of 902,000 homes, according to Commerce Department data released last Friday. Overall, new privately-owned housing starts dropped more than expected, by 7 percent, to an annual rate of 1.24 million units, thanks in part to a plunge in multi-family building, according to the Commerce Department.

Michael Neal, an analyst with the National Association of Home Builders, estimated that only about 890,000 single-family homes will be built in 2018 — nearly 1 million short of annual growth projections by the U.S. Census Bureau, which includes migration shifts and birth rates.

The lower projection for single-family homes, said Neal, is due in part to the passage in December of the so-called “Tax Cuts and Jobs Act,” spearheaded by President Trump and the Republican-controlled U.S. Congress, which could disincentive first-time home buyers through a cocktail of provisions that would cap state and local tax deductions at $10,000, and mortgage interest deductions at $750,000, among other preventative measures.

“We think [the “Tax Cuts and Jobs Act”] will change the economics of buying a home in the very short-term and builders will see that and probably ratchet down the amount of building they might have originally planned to do,” Neal told Inman.

Meanwhile, new construction for starter homes — as defined as units with contract prices under $200,000 — has gradually declined since 2014, even as homes valued at $300,000 or more has increased, according to data provided by the National Association of Home Builders.

The Wall Street Journal recently took a look at the overall decline in housing construction, focusing specifically on the area of Grand Rapids, Michigan, where one builder said he “shifted his focus from starter and midprice houses to high-end properties, where the profit margins are fatter,” and was building about half as many every year.

Lawrence Yun, chief economist at the National Association of Realtors (NAR), said the real estate industry needs to take a three-pronged approach to spur new construction, with an emphasis on reform to help smaller home builders obtain construction loans, funding to train skilled workers and a reduction in building costs, ramped up in the wake of lumber and steel tariffs announced by President Trump earlier this month.

“Regarding the tariffs on lumber and aluminum, those are just material costs that directly goes into construction and any time you raise the material cost, you lose the construction,” Yun said.

Employment in construction rose by 61,000 jobs in February compared to an average gain of 41,000 jobs over the previous three months, according to Bureau of Labor statistics figures released earlier this month. The gains were split evenly between residential and commercial construction, but experts said more skilled laborers are needed to keep pace with demand.

“A lot of people left when the housing bubble burst and they haven’t come back,” said Gardner, who said the rising value of a diminishing amount of land also remains a problem. “That’s pushing up labor costs dramatically, and that’s certainly not helped by the government relative to new immigration policies, in regards to removing workers rather than adding them.” 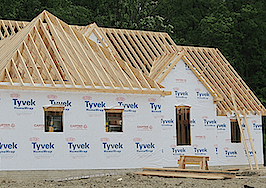 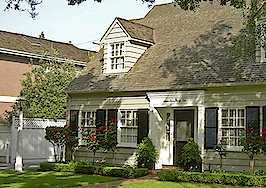 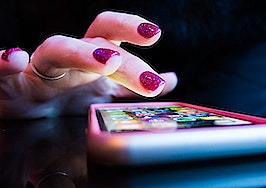 7 inside tips for working with millennial buyers 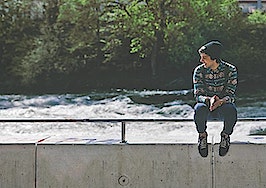