David Bramante and Kayla Horwat launched their Alexa skill — Amazon’s preferred term for app-like programs that run on its Echo voice-activated devices — two months ago as part of their fledgling tech startup HomeyPoints. It was not affiliated with KW Silicon Beach.

At the time, they were also still working as independent contractor real estate agents for the brokerage, ranked 397th on the Real Trends 500 with nearly $700 million in sales volume in 2017. Bramante previously served as a team leader at the franchise. In a telephone interview with Inman, Bramante characterized himself and Horwat as “die-hard Keller Williams agents.” 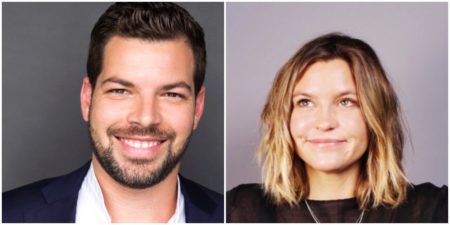 “They unilaterally dropped our license so I had to get re-associated with [Keller Williams Santa Monica],” said Bramante. “But after this experience, we’re questioning if we should be with Keller Williams at all.”

Their Amazon Alexa skill, My Home Agent, is available for free download on Amazon Echo devices through Amazon’s Alexa Skills marketplace online. When consumers install the skill on their Echo or other Alexa-supported device, they can ask it real estate questions, including, “Alexa, where I can find a real estate agent?” My Home Agent then automatically connects consumers through the device to the phone number of an agent in their ZIP code who signed up to HomeyPoints’ network. For $100 a month, an agent gets exclusive rights to all the leads coming from My Home Agent in a particular ZIP code.

In the first month of its rollout, Bramante and Horwat said they ensured Keller Williams agents they were getting the advanced chance to sign up for the service.

“We were very adamant about rolling out with our products and our ZIP codes to Keller Williams in each market area a couple weeks before we roll out to other brokerages just to keep it in-house,” Horwat said.

Then suddenly things got “weird,” according to Bramante and Horwat. Bramante decided to step down as a team leader at KW Silicon Beach due to My Home Agent’s growing momentum, he said. Then the owners of Keller Williams Silicon Beach asked for a meeting with him and Horwat about the product. Horwat said they agreed to meet as long as the brokerage could provide an agenda, on the record, about what would be discussed. But they say that no agenda was ever provided, so the duo refused to have the meeting.

“We felt like that was super fair to ask for and they actually refused to send over an email agenda, so we basically, with all respects, said ‘Hey if you guys can’t email us an agenda, it seems a little weird that we’re going to take out the time to meet with you,’” Horwat told Inman.

Following the aborted meeting on September 6, Bramante said they received an email on September 7 from the California Department of Real Estate notifying them of their license terminations.

“Kayla [Horwat] and I received courtesy emails from the California BRE/DRE that our license statuses were changed to ‘NBA – No Broker Affiliation’ by KW Silicon Beach,” Bramante wrote in an email. “The brokerage unilaterally decided to terminate our independent contractor relationships and did not communicate that to us directly, in response to us asking for a meeting agenda regarding HomeyPoints.”

Horwat also says she was locked out of the office while going to the Equinox gym across the street. Then came an email to all agents at the brokerage, which warned that the product was not endorsed by Keller Williams and the brokerage could not advise of any potential risks associated with the product.

“We thought it was a little malicious sending it out – it created this little poison pill,” Bramante said. “They didn’t need to send that email out. They don’t send out those types of emails with any other vendor service. It just seemed a little mean-spirited.”

HomeyPoints had approximately 10 agents from the office that were using the service – including Rick Dergan, the broker-owner who was one of the first agents to sign up. All of the agents and others from local Keller Williams franchises dropped the product following the email.

“We were die-hard Keller Williams agents until we feel that we got roughed up and we don’t know why it happened, but we were getting a lot of momentum, then it got weird, a little bit of wind came out of our sails with Keller Williams in Southern California, but it doesn’t matter ’cause word was spreading anyways,” Bramante said.

Bramante and Horwat told Inman that the reason they decided to come forward with their termination now is because they believe KW Silicon Beach’s activities were hindering their business. “We have been wrestling with whether or not this story should get out there,” Bramante said.

Dergan, in an email statement on behalf of the principals of Keller Williams Silicon Beach, confirmed to Inman that the brokerage did send the email about HomeyPoints to its agents, for legal reasons, to clarify the brokerage’s relationship to the company.

“It came to our attention that David Bramante and Kayla Horwat were marketing HomeyPoints under the false assertion that it was endorsed by our brokerage as a whole and Rick Dergan as a principal in particular,” said Keller Williams Silicon Beach’s principals, in a statement. “This was false.”

“Rather than simply telling them to cease and desist, we offered them an opportunity to better explain their product and the potential implications for our being used as an endorser or in any other manner,” the statement continued.  “They refused to meet to do so. As such, and concerned about all the legal and regulatory implications of endorsing a product, we told them to cease and desist. When they refused to do so, they were terminated.”

The statement also noted that it had no specific recollection of locking Horwat out of the office.

“As is the custom and practice of our brokerage and any brokerage, once a person is terminated, they are not allowed to enter the brokerage unless escorted by somebody in management,” the statement added.

“We marketed in general first to KW agents but never as ‘endorsed’ by KW or ownership or any brokerage,” Bramante wrote to Inman in an email. “Rick [Dergan] was one of our first users and even today we list all our users on our webpage for social proof to help grow the community.”

Bramante said they had always hoped to partner with, or sell the product to Keller Williams, but now that’s off the table. They are looking at other potential partners now and have their sights set on partnering with a brokerage such as Compass, Bramante said, as an example.

Even with the setback, the duo claims that their product My Home Agent has grown quickly, with over 400 agents in markets across the country. 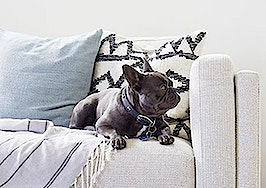 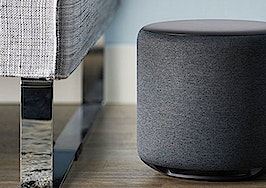 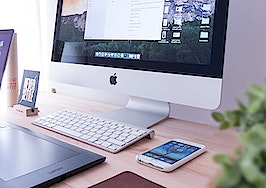 What do new proptech companies have in store for real estate agents?