A New Jersey real estate executive’s missing 15-year-old son has been found safe in Philadelphia after a two-week long search.

Nicolai Kolding, the broker of record at National Real Estate Referral Group and a longtime Realogy executive, had enlisted the public’s help finding Thomas Kolding after the boy left home and failed to return on Oct. 30.

Over the past two weeks, Kolding has posted multiple social media posts asking for information about the whereabouts of his son as well as a video retracing the steps his son could have taken when he left home.

After the teen was spotted on surveillance cameras in New York’s Penn Station, he has been found safe in Philadelphia, NBC reports.

“The news is true: earlier today, Thomas was found in Philadelphia. He will need at least a night in the hospital as he’s been through a lot over these last two weeks,” Koldin wrote in a Facebook post on Tuesday. “In time, there may be more to share but, for now, we are grateful beyond words and will go quiet for a while to focus everything we can give to the long road to recovery.” 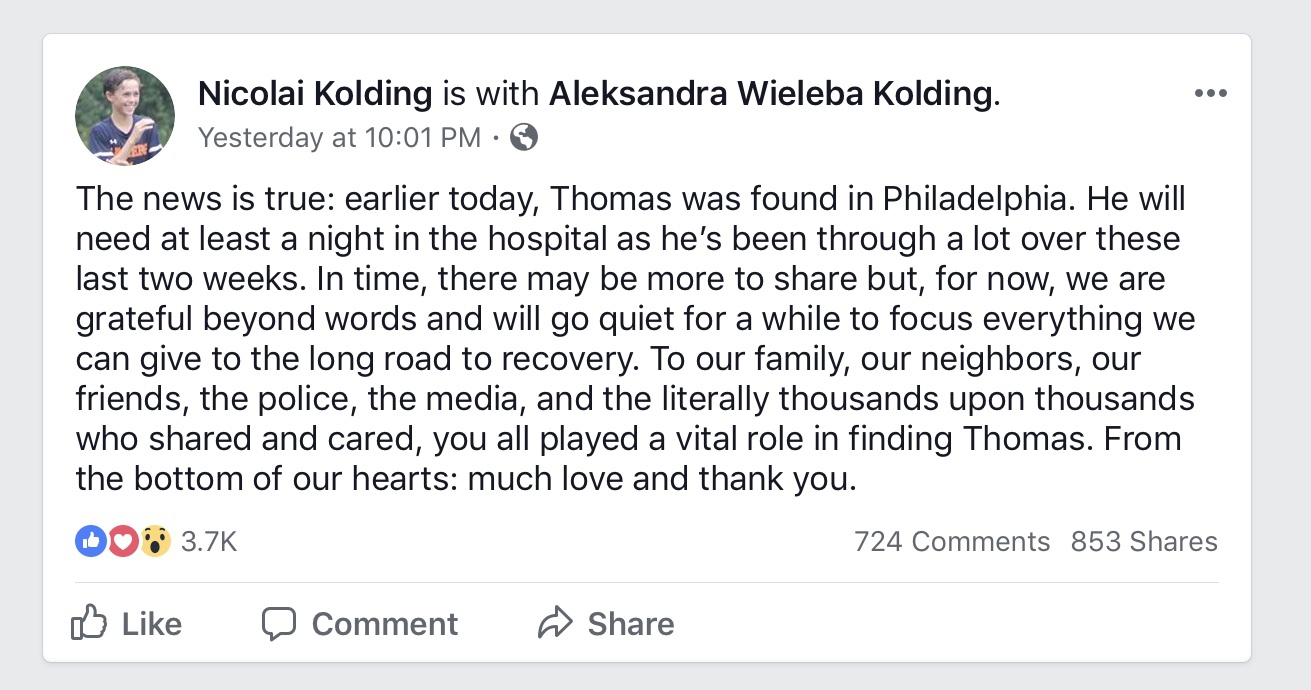 While local police haven’t released details on how and where the teen was found, they thanked their counterparts in Miami, Ohio, Camden, Philadelphia, Delaware, the New Jersey Transit Police, Amtrak Police and New Jersey State Police for their help in the investigation. CBS Philly later reported that Thomas Kolding was staying in a tent in Southwest Philadelphia when he was found.

“To our family, our neighbors, our friends, the police, the media, and the literally thousands upon thousands who shared and cared, you all played a vital role in finding Thomas,” Kolding wrote. “From the bottom of our hearts: much love and thank you.”

Realogy also responded with support for the Nicolai Kolding and his family.

“We are grateful and relieved that Thomas Kolding has been found and reunited with his family,” a Realogy representative told Inman. “We appreciate the tremendous support and efforts across the industry during the uncertainty, and our thoughts continue to be with Nicolai and his family.”

NOTE: This story has been updated to include new information. 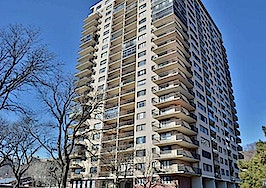 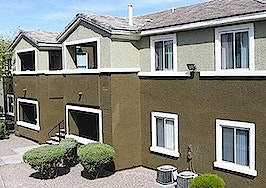