Los Angeles has adopted sweeping regulations that will restrict how long people can rent out their homes using Airbnb, as well as which properties they will be allowed to list with the home-sharing service.

The L.A. city council on Tuesday unanimously approved the new regulations, which bar hosts from renting out their homes through sites like Airbnb for more than 120 days per year. The regulations also require would-be hosts to pay an $89 application or renewal fee, and limit permissible rentals to the host’s primary residence. Moreover, hosts can’t operate multiple home-sharing rentals.

The regulations additionally ban home-sharing in rent-controlled structures, which in the city of Los Angeles generally includes all apartment buildings erected before Oct. 1, 1978. 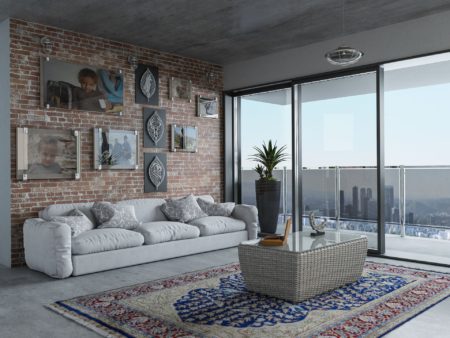 The new regulations don’t apply solely to Airbnb, though the company has the lion’s share of the market and has dominated conversations about the impact of home-sharing on real estate prices. Other companies operating in the same space include HomeAway and Vacation Rentals by Owners, or VRBO.

Hosts can apply to get permission for “extended home-sharing,” but will have to pay $850 and meet various criteria to qualify. Hosts violating the new regulations can be fined up to $2,000 a day, or “two times the nightly rent charged, whichever is greater.” Hosting companies, such as Airbnb, that violate the rules can be fined $1,000 per day.

In a statement to Inman Wednesday, L.A. council member José Huizar said the goal of the new regulations was “to allow Angelenos to earn income, including those who need to in order to stay in their homes, and at the same time protect our much-needed rent-control units to ensure those who need affordable housing have access to it.”

Mayor Eric Garcetti still needs to sign off on the new rules, but if that happens they will go into effect in July. Garcetti’s office did not respond Wednesday to Inman’s request for comment.

In a statement to Inman, Airbnb described the new regulations as a vote from the city council to “legalize home-sharing in L.A.” The company also praised the regulations.

“This is a big step in the right direction and we remain committed to working with the city to develop comprehensive, enforceable rules that are a model for cities around the world,” the statement continued. 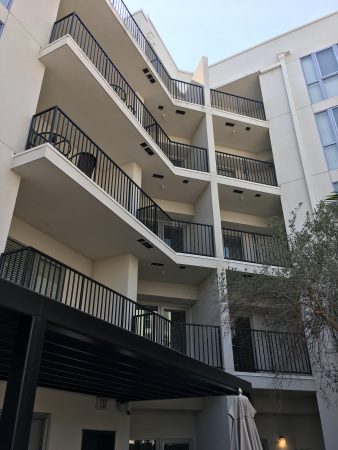 A newly finished apartment building in Hollywood that had at least some Airbnb rentals earlier this year. Credit: Jim Dalrymple II

Short-term rentals like the ones facilitated by Airbnb have become highly controversial in many cities, with critics arguing they consume affordable housing when supplies are already critically low. Multiple reports have also indicated that short-term rentals can inflate housing costs and exacerbate housing shortages.

The debate has grown particularly fierce in Los Angeles, which has temperate weather and a host of tourist attractions, but also a severe shortage of housing that drove prices ever higher in recent years.

Though it’s unclear exactly how many home-sharing rentals are available in Los Angeles at any given moment, the number appears to be massive. For example, AirDNA, a company that tracks the listings, reports that L.A. has nearly 19,000 of the rentals, most of which are entire homes. Other estimates put the number of home-sharing rentals even higher.

The new regulations only apply within Los Angeles city limits, which means other municipalities such as West Hollywood and Beverly Hills — which are entirely surrounded by L.A. — will be exempt. Some L.A.-area cities such as Santa Monica have their own home-sharing regulations.

“This home–sharing ordinance protects our existing housing stock and the quality-of-life in our neighborhoods, ensures the short-term rental industry contributes its fair share of taxes and enacts a policy that, once fully operational, will reward good hosts and limit bad operators,” he said. 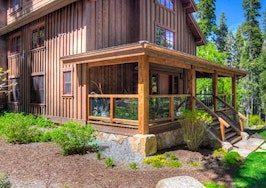 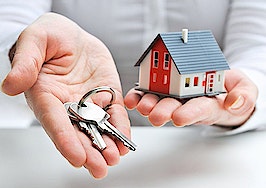