The United States Court of Appeals for the Seventh Circuit upheld a May ruling to dismiss a lawsuit filed against real estate technology giant Zillow.

The United States Court of Appeals For the Seventh Circuit upheld a May ruling to dismiss a lawsuit filed against real estate technology giant Zillow over the company’s marketing practices and its home value estimate (Zestimate) tool.

“We are pleased that the Seventh Circuit Court of Appeals has reaffirmed the district court’s ruling, which originally granted our motion to dismiss the claims of this lawsuit and found the allegations in the suit without merit,” a spokesperson for Zillow said in a statement. “The Zestimate has proven itself to be a sought-after and valuable free tool for consumers.”

The complaint argued that the Zestimate tool made it more difficult for homes being sold to get fair market value. It further stated that it coerces sellers into retaining a broker by marking for sale by owner homes with low Zestimates and homes being sold with Zillow’s premier brokers with a high Zestimate.

The complaint also noted that the Zestimate was an opinion of value, created without the proper due diligence and the company would not amend the Zestimate when challenged.

District Court Judge Amy St. Eve granted Zillow’s motion to dismiss the complaint with prejudice and dismisses the lawsuit in its entirety in May 2018, after it was amended by the plaintiffs. The complaint was filed by real estate attorney Barbara Andersen on behalf of Vipul Patel, Bhasker Patel, Jyotsna Patel and Castlebldrs.com.

The plaintiffs, however, appealed the decision, which was just upheld by the courts. The brief decision penned by Judge Frank Easterbrook, touched specifically on the last point, noting that it would not improve the algorithm behind the Zestimate to remove ones that property owners think are too low.

“Suppose plaintiffs are right to think that the Zestimates for their properties are too low,” Easterbrook wrote. “Removing them from the database would skew the distribution because all mistakes that favored property owners would remain, not offset by errors in the other direction.”

“In general, the accuracy of algorithmic estimates cannot be improved by plucking some numbers out of the distribution or ‘improving’ others in ways that depart from the algorithm’s output,” Easterbrook continued. “The process is more accurate, overall, when errors are not biased to favor sellers or buyers.”

Zillow has made efforts recently to improve the algorithm behind the polarizing Zestimate tool. The company launched a $1 million contest to improve the tool and recently announced the winning team beat the company’s own baseline by 13 percent. With the winning algorithm, Zillow expects their Zestimate’s error rate to fall from a national median range of 4.5 percent to below 4 percent. 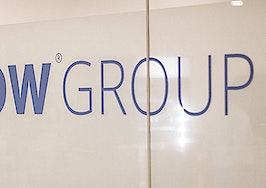 This team of engineers beat the Zillow Zestimate by 13% 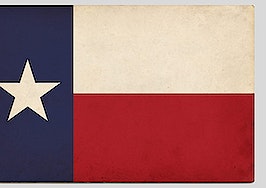 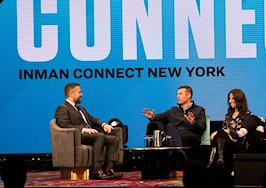