The complaint, filed March 6, takes aim at some of the industry’s top players, alleging the National Association of Realtors and real estate franchisors Realogy Holdings Corp., HomeServices of America, RE/MAX Holdings, and Keller Williams Realty are violating the Sherman Antitrust Act by requiring listing brokers to make a “blanket, non-negotiable offer of buyer broker compensation” when listing a property on the MLS, which the suit refers to as the “Buyer Broker Commission Rule.”

The suit alleges this rule has inflated costs for sellers by requiring sellers to pay a higher commission than they otherwise would if, instead, buyers paid buyer’s agents directly.

“The conspiracy has saddled home sellers with a cost that would be borne by the buyer in a competitive market. Moreover, because most buyer brokers will not show homes to their clients where the seller is offering a lower buyer broker commission, or will show homes with higher commission offers first, sellers are incentivized when making the required blanket, non-negotiable offer to procure the buyer brokers’ cooperation by offering a high commission,” the complaint said.

“Absent this rule, buyer brokers would be paid by their clients and would compete to be retained by offering a lower commission. The Buyer Broker Commission Rule ensures that price competition among buyer brokers is restrained because the person retaining the buyer broker, the buyer, does not negotiate or pay his or her broker’s commission.”

The complaint alleges that the defendants use their control of MLSs and defendant franchisors use their agreements with their local franchisees and their influence among Realtor leadership at both the national and local level to require brokers to adhere to NAR’s rules, including the Buyer Broker Commission Rule, thereby increasing “their profits substantially by receiving inflated buyer broker commissions and inflated total commissions.”

NAR, the industry’s largest trade group at 1.3 million members, hit back, denouncing the suit’s accuracy and declaring that prior legal rulings were on its side.

“The complaint is baseless and contains an abundance of false claims,” said Mantill Williams, NAR’s vice president of public relations and communications strategy, in an emailed statement.

“The U.S. Courts have routinely found that Multiple Listing Services are pro-competitive and benefit consumers by creating great efficiencies in the homebuying and selling process. NAR looks forward to obtaining a similar precedent regarding this filing.”

Keller Williams and RE/MAX declined to comment for this story. Realogy and HomeServices of America did not respond to a request for comment.

The plaintiff is Shorewood, Minnesota resident Christopher Moehrl who sold a home in the Minneapolis area on Nov. 15, 2017 that was listed in NorthstarMLS. In that sale, Moehrl paid a total broker commission of 6 percent: 3.3 percent to his own listing broker, a RE/MAX franchisee, and 2.7 percent to the buyer’s broker, a Keller Williams franchisee.

The lawsuit seeks class-action status on behalf of homesellers who paid a broker commission in the last four years, since March 6, 2015, in connection with the sale and listing of their home in one of 20 Realtor association-owned MLSs, many of which are among the largest in the country, including Bright MLS in the Mid-Atlantic region and My Florida Regional MLS. The other 18 MLSs cover these metro areas:

Although Moehrl’s attorneys do not name these MLSs or the Realtor associations that own them as defendants, they do allege that the MLSs and associations were co-conspirators because they adopted, complied with and implemented the Buyer Broker Commission Rule. They also allege the defendant franchisors were co-conspirators because they complied with and implemented the rule in the geographic areas in which the 20 MLSs operate.

“Defendants and their co-conspirators collectively have market power in each relevant market through their control of the local MLS and their dominant share of the local market,” the attorneys wrote.

“Defendants are jointly and severally liable for the acts of their co-conspirators whether named or not named as defendants in this Complaint,” they added.

They expect the class to be “many thousands” of people and say the amount at issue is more than $5 million. They allege that Moehrl and other class members have each incurred thousands of dollars in damages.

The complaint does not address a possible consequence of having buyers pay their own brokers: limiting the pool of buyers for a home. In part because buying a home is a relatively large purchase, the sales commission is rolled into a home’s listing price and paid from the proceeds of the sale, which is often financed by a mortgage. If buyers were required to pay their own brokers directly, they could potentially not afford to pay as much for a home, leading them to either not make an offer on a home or to offer less — neither of which would presumably benefit the seller.

On the other hand, making buyers pay for their own brokers directly may lead fewer buyers to hire brokers, giving sellers an upper hand in negotiations. Or, as Moehrl’s attorneys contend, changing the rule could force buyer’s brokers and agents to compete with each other on price.

According to NAR’s Code of Ethics, Standard of Practice 16-16, “REALTORS, acting as subagents or buyer/tenant representatives or brokers, shall not use the terms of an offer to purchase/lease to attempt to modify the listing broker’s offer of compensation to subagents or buyer/tenant representatives or brokers nor make the submission of an executed offer to purchase/lease contingent on the listing broker’s agreement to modify the offer of compensation.”

MLSs cannot “include general invitations by listing brokers to other participants to discuss terms and conditions of possible cooperative relationships,” though listing brokers can change what they offer any other MLS participant provided they do so in writing before the participant has submitted a purchase offer.

The complaint contends that foreign real estate markets do not work this way. Rather, homebuyers in countries such as the United Kingdom, Germany, Israel, Australia, and New Zealand pay their own broker directly if they choose to use one and pay less than half the rate paid to buyer brokers in the U.S.

“Defendants’ conspiracy has kept buyer broker commissions in the 2.5 to 3.0 percent range for many years despite the diminishing role of buyer brokers,” the complaint said.

“A majority of home buyers no longer locate prospective homes with the assistance of a broker, but rather independently through online services. Buyer brokers increasingly have been retained after their client has already found the home the client wishes to buy.”

The complaint does not mention that most other countries do not have MLSs, precisely because, as NAR defines it, “An MLS is a private offer of cooperation and compensation by listing brokers to other real estate brokers.”

“Without the collaborative incentive of the existing MLS, brokers would create their own separate systems of cooperation, fragmenting rather than consolidating property information,” NAR says on its website.

“MLSs are a powerful force for competition. They level the playing field so that the smallest brokerage in town can compete with the biggest multi-state firm. Buyers and sellers can work with the professional of their choice, confident that they have access to the largest pool of properties for sale in the marketplace.”

Moreover, the complaint asserts that brokers wishing to not have the Buyer Broker Commission Rule would be at a competitive disadvantage because they would either have to try to compete without using a listing service or establish an alternative listing service to compete with the aforementioned 20 MLSs who still had the rule.

The complaint also alleges that NAR, to further the conspiracy, has advised MLSs to take steps to prevent third-party websites from becoming competitors.

“NAR advises MLSs to enter into non-compete agreements with third-party websites, such as Zillow, so that those websites do not become competitive rivals to MLSs,” Moerhl’s attorneys wrote.

“NAR’s checklist of ‘critical components’ states that the consumer-facing website ‘must agree they will not compete with the brokerage firms or MLS by either becoming a licensed brokerage firm or by providing offers of cooperation and compensation.’ The non-compete agreement requires the consumer-facing website to agree not to ‘use the data in a manner that is similar to a Multiple Listing Service.'” 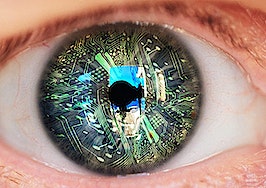 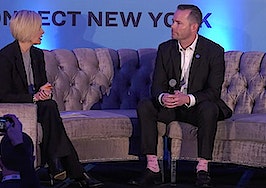 WATCH: Why is the relationship between brokers and the MLS so fragile? 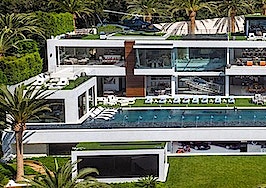 Jim Harrison out at MLSListings, now consulting for Compass
Back to top
Inmanpot