The team behind My Home Agent and Commersh unveiled Briepher, a new automated text-messaging bot that allows agents to reach 400 consumers a month.

The team behind My Home Agent and Commersh unveiled Briepher, a new automated text messaging bot that allows agents to reach 400 consumers a month and ease the often arduous task of prospecting for leads.

“Our chatbots sweep through the 400 homeowners every month, very consistently,” Briepher co-founder David Bramante told Inman. “Realtors are horrible at being consistent and horrible at prospecting.”

Bramante said he knows the issues with consistency and prospecting first hand from being a real estate agent. He said there were times when he would close five deals in a week then realize there was nothing in the pipeline because he’d been so focused on those deals.

Bramante said, from his experience, he’s learned that people don’t want to be cold-called. But he believes his company provides a warm interaction that can sweep through homeowners really quickly.

The chatbot acts somewhat like a text message drip campaign. There are scripts available to plug the agent’s information in and the bot can send one to three messages at a time, depending on the homeowner’s responsibility.

One of the introductory scripts reads:

“Hi (owner name), my name is (your name) and I am a local real estate agent in our area. We don’t have the pleasure of having worked together before, so I wanted to introduce myself. What are your upcoming plans for your property, and how can I help?”

When the conversation starts to move and becomes more in-depth, a supervisor on the other end will step in and communicate with the homeowner. The real estate agent also oversees the entire conversation at both ends and can step in at any time.

“We’ll engage in this text message foreplay until it feels like a warm lead, then it’s forwarded over to the agent,” Bramante said. “We’re sweeping through a vast amount of homeowners on a monthly basis very consistently.”

When a homeowner unsubscribes or indicates at all that they have no interest in selling their home, it replaces that homeowner with another mobile phone number to keep the number at a round, even 400.

So far, Bramante’s found the best asset of the tool is that it eliminates individuals that don’t want to be contacted by a real estate agent very quickly, without the agent spending hours cold-calling people who aren’t interested in selling.

“We’re pulling out the absolute no’s so people aren’t wasting their time,” Bramante said. “We’re trying to get to the warm lead section faster and more consistently.”

Bramante said the technology is new so he doesn’t think anyone has gotten a listing from it yet. He said there are currently 750 agents using the service, over 10,000 warm leads found and 120,000 homeowners contacted.

Agents pay a one-time setup fee of $99 to use the service – which comes with a dedicated email address for monitoring the communication – then pay a monthly fee of $69 for an exclusive ZIP code and the 400 homeowner contacts.

The process works similarly to My Home Agent, a voice-based Alexa Skill that generates seller leads, where agents can get exclusive access to use the technology in their ZIP code. 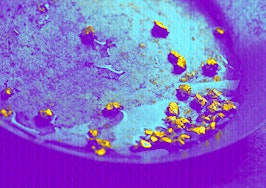 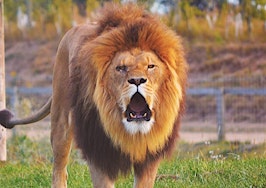 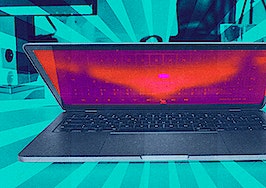 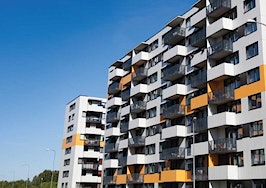 Meet the property manager with a tech platform and big ambitions