Hispanic Americans accounted for more than a third of all household formations over the last decade, and were the first minority demographic to make homeownership gains after the recession, according to a new report.

The report, from the National Association of Hispanic Real Estate Professionals, reveals that between 2008 and 2018, “Hispanics accounted for 39.6 percent of U.S. household formations.” Hispanics have also “remained passionate about homeownership” in the years following the recession a decade ago, with 88 percent describing it as a good investment.

Overall, the Hispanic homeownership rate stood at 47.1 percent in 2018 — up nearly a percentage point from both a year earlier and the year 2000. Significantly, while the percentage rate itself has mostly held steady, the number of Hispanic-owned households has grown significantly in absolute terms, rising from 4,242,000 in 2000 to 7,877,000 in 2018.

New Mexico had the highest rate of Hispanic homeownership in 2018, with 65.5 percent, followed by Texas at 56.86 percent. The report also found that with the exception of California, in “every state where Hispanics account for greater than 30 percent of the state’s population, their rate of homeownership is above 50 percent.”

The report also notes a number of other demographic details: Hispanics have a labor force participation rate of 66.3 percent, the highest of any demographic; their average household includes 3.7 people, higher than the national average of 3 people; and the median age of Hispanics in the U.S. is 28.7, nearly a decade younger than the national average.

While the report largely paints a picture of a group of Americans thriving, it does note that there are some obstacles to further success. Notably, the U.S. currently faces a lack of housing inventory as well as a shortage of skilled labor to build more. Hispanic Americans also face credit-related challenges.

“When asked, Hispanic consumers believe their primary obstacles to getting a mortgage are an insufficient credit score, the ability to afford a down payment, and insufficient income for monthly payments,” the report states.

A contentious political environment focused on immigration is taking a toll as well.

“While Hispanics represent a decreasing share of new immigrants,” the report states, “they represent 95.7 percent of all deportations in 2018. Under the Trump Administration, a reduction of humanitarian programs and enhanced enforcement, including increased interior removals, have stoked a climate of fear, negatively impacting immigrant economic behavior. A survey of more than 30 immigrant-owned Houston businesses reported declines in revenue of up to 70 percent following ICE activity.”

Despite these issues, however, the report ultimately concludes that recent and extended economic growth in the US is “due in large part to the contributions of Hispanics from 2008 to 2018.” And that is likely to continue to be the case going forward.

“The leading indicators, such as household formation, income trends, age and consumer sentiment suggest that Hispanics will continue to drive homeownership gains in America for the foreseeable future,” the report concludes. 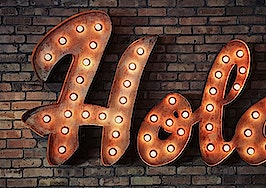 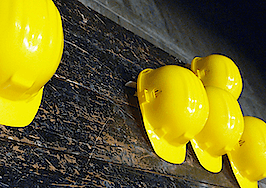 US adds more than 8,000 real estate jobs in December