The proposed changes would let banks and credit unions that make fewer than either 50 or 100 (the final number hasn’t been decided yet) closed-end mortgages per year avoid reporting all of the data that larger lenders are required to turn into the government. The idea behind loosening these regulations is that it would ease the burdens on smaller financial institutions. 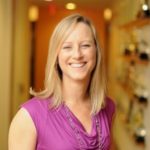 “Today’s proposed changes would provide much needed relief to smaller community banks and credit unions while still providing federal regulators and other stakeholders with the information we need under the Home Mortgage Disclosure Act,” Kathleen Kraninger, director of the Consumer Financial Protection Bureau, said in a statement.

The Home Mortgage Disclosure Act (HMDA) is a federal law that requires some financial institutions to provide data on loans they make. The idea is that the data can be used to identify problems such as discriminatory lending, and to figure out if banks are actually serving their respective communities.

Late last year, regulators announced consumer privacy changes to the HMDA data that they will release in the future. The Consumer Financial Protection Bureau, like other government organizations, has also seen a trend toward looser regulations during the Trump administration.

Right now, any financial institution has to provide certain HMDA data to federal regulators if it makes 25 or more more closed-end mortgages — or loans that are particularly restrictive and carry penalties for prepayment, refinancing or other changes. The Consumer Financial Protection Bureau estimates that there are roughly 4,960 financial institutions that fall under this regulation.

However, the number of banks and credit unions that have to report this HMDA data could fall significantly if the rules change. If the threshold rises to 100 or more closed-end mortgages, for example, regulators believe that only 1,014 financial institutions would be required to report their HMDA lending data.

None of these changes are law yet, and the Consumer Financial Protection Bureau on Thursday encouraged interested parties to submit comments. It’s also not entirely clear what the final rule will be; the proposal, for example, floats the possibility of setting the closed-end mortgage threshold at either 50 or 100 loans.

The Consumer Financial Protection Bureau did not immediately respond to Inman’s request for comment Thursday.

However, regulators have promised to consider the feedback they receive.

“The public is encouraged to submit their comments on the proposals,” Kraninger said in her statement, “which will be considered by the Bureau before the next step is taken.” 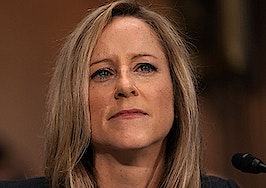 Government will restrict mortgage data in 2019 for safety, privacy