The Consumer Financial Protection Bureau finally has a non-temporary leader. On Thursday, the Senate voted 50-49 along party lines, with no Democrat voting in support, to approve Kathy Kraninger as the new head of CFPB.

Kraninger was nominated by President Donald Trump on June 18 to head the agency, which looks to regulate and act as a check on banks and lenders to protect the consumer. It was established as part of the Dodd-Frank reforms that came in the wake of the 2008 financial crisis.

Until now, Mick Mulvaney, the director of the Office of Management and Budget (OMB) had been serving as CFPB’s acting director, following a contentious power struggle for the position. Kraninger previously served under Mulvaney as the associate director of government programs at OMB, and prior to that, worked as Senate Appropriations Committee Clerk and at the Department of Homeland Security under President George W. Bush.

The National Association of Realtors (NAR), which spearheaded a letter last month supporting the nomination, applauded today’s action by the Senate.

“America’s 1.3 million Realtors recognize the critical role the Bureau plays in maintaining the integrity of significant financial transactions like home purchases,” Shannon McGahn, senior vice president of government affairs for NAR, and a former Treasury Department official in the Trump administration, said in a statement. “Under Ms. Kraninger’s leadership, we believe the Bureau will properly protect consumers and support businesses that help more individuals achieve the American Dream of homeownership.”

The move has also been received warmly by those in the banking industry, including Rebeca Romero Rainey, president and CEO of Independent Community Bankers of America (ICBA), who released a statement congratulating Kraninger.

“ICBA looks forward to working with Director Kraninger on the bureau’s many important initiatives, including ensuring that regulations are tiered and proportionate to the smaller size and reduced risk of the nation’s community banks,” Rainey said.

The pick has drawn criticism from Democrats and left-leaning advocacy groups, who bemoaned her lack of experience for the important role and her ties to Mulvaney, who has been critical of the agency’s existence.

“[Kraninger], a deputy to Mulvaney at the Office of Management and Budget has no experience in financial services or consumer protection, was nominated to continue his dangerous policies,” Gregg Gelzinis, research associate for Economic Policy at the left-leaning think tank Center for American Progress said. “There’s every indication that, like Mulvaney, she will look the other way as the financial sector continues to rip-off consumers without any fear of repercussion.”

Democratic Senator Sherod Brown, in his statement opposing the nomination, reminded voters of the importance of the office.

Others, including Senator Elizabeth Warren, have been critical of Kraninger’s time at OMB, directly linking her to the Trump Administration’s family separation policies at the border. Kraninger admitted in a public hearing that she attended meetings where the policies were discussed, but refused to clarify her role in implementing them, according to Vox.

With Kraninger set to become director of CFPB, the American Land Title Association released a statement hoping Kraninger will address the, “inaccurate disclosure of title insurance fees under the TILA-RESPA Integrated Disclosures rule.”

“While the Bureau’s disclosures have helped homebuyers better understand their mortgage costs, consumers would value their disclosures more if the Bureau showed the accurate costs of title insurance,” Cornelia Horner, ALTA’s interim chief executive officer said, in a statement. “The Bureau has an obligation to make this simple change, so consumers receive accurate information about title insurance at closing.”

The TILA-RESPA Integrated Disclosures rule, which was updated this year, requires creditors to provide consumers seeking a loan estimate with good faith estimates of loan terms and closing costs for residential mortgage loans. 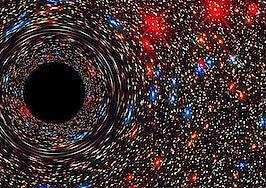 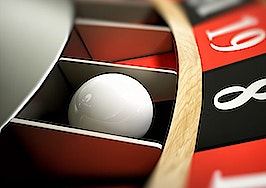