If you’re a Realtor, there is cause to celebrate: The median income for the profession grew by 5 percent between 2017 and 2018, according to the National Association of Realtors (NAR)’s latest research.

“As the real estate industry continues to feel the impact of limited inventory, the typical number of transactions Realtors make in a year remained at 11 in 2018, the same as in the previous report,” said NAR’s chief economist Lawrence Yun in a statement. “In addition, because of rising home prices across the country, the median brokerage sales volume increased to $1.9 million in 2018 from $1.8 million in 2017.”

Over the last year, even more women joined the industry — 67 percent of all Realtors are now female, up from 63 percent last year.

According to the report, the typical Realtor is a 54-year-old white female who attended college and is a homeowner.

Only four percent of respondents named real estate as their first career. Sixteen percent came into real estate from a previous career in management, business, or finance while 15 percent formerly worked in sales or retail.

But despite the increase in income, NAR members are still increasingly concerned about the current inventory crisis — many named finding the right property for their clients as a primary concern.

“Limited inventory continues to cause headaches in markets across the country and is preventing potential homebuyers from finding a home,” Yun said. “For the sixth year in a row, Realtors cited the difficulty in finding the right property surpassed the difficulty of obtaining a mortgage.” 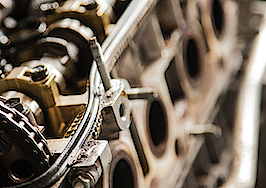