Keller Williams Realty Chesterfield, a Missouri-based Keller Williams franchise, was fined $10,000 and its associate broker Rebecca Reich Rose was placed on a two-year probation period for numerous instances of unlicensed real estate activity and other state regulatory violations, according to a public settlement between the brokerage and the Missouri Real Estate Commission.

Keller Williams Realty Chesterfield, a Missouri-based Keller Wiliams franchise, was fined $10,000 and its associate broker Rebecca Reich Rose was placed on a two-year probation period for numerous instances of unlicensed real estate activity and other state regulatory violations, according to a public settlement between the brokerage and the Missouri Real Estate Commission (MREC).

“Each Keller Williams office is independently owned and operated,” Darryl Frost, a spokesperson for Keller Williams told Inman. “And, as part of our franchise agreement, we expect them to abide by all applicable state and local laws.” 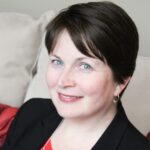 In total, there were 34 charges according to the settlement agreement, many of which had multiple instances.

Among them: Keller Williams Realty Chesterfield, which operates under the legal name Profit Forward LLC, paid broker’s commission to unlicensed individuals; advertised an expired listing; had a licensee act as a dual agent without getting approval from the seller; had individual agent websites listed for agents that no longer had licenses; had licensees fail to follow the terms of agreements with sellers, including listing properties for a different price than what was agreed upon; and failed to notify the commission of opening a new office, among other violations.

A spokesperson for MREC told Inman that the fine was the largest handed down by the commission under executive director Terry Moore. The maximum amount the brokerage could have been fined was $25,000, according to the spokesperson.

Rose told Inman that the settlement was a result of an audit by MREC.

“At that time, we were made aware that our technology had gotten ahead of our systems and models,” Rose said. “The auditor found 17 active Keller Williams websites for agents that either were no longer with Keller Williams or were administrative personnel.”

“We immediately researched how this could have happened and found that we had made an error when entering admin and transferring agents,” Rose added. “Our checklists have been updated and we have been fully compliant since the auditor pointed it out. It was not an intentional oversight and no complaints were made by the public or other agents/brokerages.”

There are more than a dozen other violations, one of which was similar to what eXp Realty is under investigation for in California. Keller Williams Realty Chesterfield did not license its fictitious business name (doing business as). The rest of the violations mostly had to do with inaccuracies or lack of disclosure in written contracts.

Rose, the associate broker at the time, is specifically named in the settlement agreement. As a result of the disciplinary action, Rose is being placed on a two-year probation period. During that time, the brokerage will need to file reports each quarter regarding agent license transfers and changes.

After the settlement, the brokerage immediately changed the entire broker group to protect the office and agents, Rose explained.

“At nearly 3,000 closed transactions per year, [Keller Williams Realty Chesterfield] is constantly working on agent oversight and awareness to new compliance rule changes,” Rose said. “We have been in communication with the MREC since the settlement and have a ‘clean bill of health.’ This audit made the brokerage stronger.”

According to state licensing records, as of April 10, Robin Haynes is now listed at the designated broker at Keller Williams Realty Chesterfield.

Marc King identifies himself as the team leader and market share developer of the franchise on LinkedIn, as well as the operating partner of Keller Williams Omaha and Keller Williams Market Pro Realty. 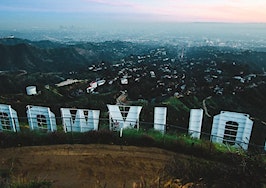 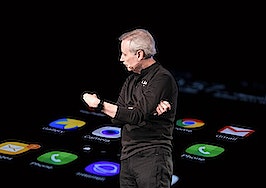 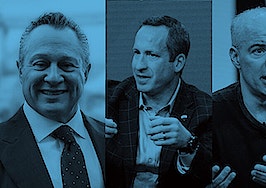