Rawpixel on Unsplash
by Patrick Kearns
Share this article
You successfully shared the article.
Close

Quicken Loans confirmed today it has agreed to pay the U.S. Department of Housing and Urban Development $32.5 million to resolve a multiyear legal battle between the lender and HUD.

Quicken Loans confirmed Friday it has agreed to pay the U.S. Department of Housing and Urban Development (HUD) $32.5 million to resolve a multiyear legal battle between the lender and HUD.

HUD, along with the Department of Justice, had accused the lending giant of fraud and after years of litigation – which was first brought on by a lawsuit from Quicken Loans – the case was ordered to go before a mediator. 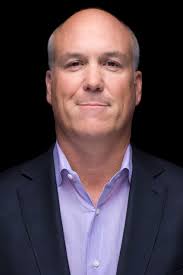 “In full resolution of the Case through a dismissal with prejudice of the Case and with no findings or admissions, Quicken Loans will pay the United States the amount of $32.5 million,” the agreement reads. “The Mediator understands that the parties differ as to how that gross amount should be attributed and calculated.”

“In order to resolve the Case, the Mediator proposes that this lump sum be attributed as follows: $25,500,000.00 attributed to making the government whole for any losses it may have incurred, together with $7,000,000.00 in interest on that amount,” the agreement adds.

Bill Emerson, the vice chairman of Quicken Loans, stressed that this is what his company had offered from the beginning and it was not a settlement.

“We have always done the right things and owned up to things if we happened to make an error,” Emerson said. “That’s exactly what we did here.”

Emerson also noted that his company has originated $108 billion worth of loans through the Federal Housing Administration’s lending program, meaning that in percentage terms, the agreement represents just 0.02 percent of the total volume of loans.

“The numbers speak from themselves,” Emerson said.

Quicken Loans will continue to participate in the FHA lending program, which allows home buyers to get mortgages insured by the government agency, with as little as 3.5 percent down.

“We have always been, per FHA’s own measurable, the highest quality lender,” Emerson said. “We’re going to continue to help everyday Americans who need to find mortgages and go through the FHA to do so. ”

Judge Gerald E. Rosen said in a statement that the resolution is not only in the interest of the two parties involved, but of all the homebuying public.

“All parties fully understand the important role the FHA program plays in helping middle-class Americans access home financing, and this resolution allows the parties to move ahead together with that mission and to ensure their future relationship,” Rosen said. “I commend the parties for investing the time and effort through this mediation, which will help support the continuation and the strengthening of the partnership between Quicken Loans and HUD in jointly serving American homeowners.”

The U.S. government in 2015 accused Quicken Loans of issuing defective FHA loans and the company struck back by filing a pre-emptive lawsuit against HUD and DOJ. DOJ, at the time, said Quicken Loans may have miscalculated borrower income and lent the borrowers too much money.

In its complaint, filed April 17 in the U.S. District Court for the Eastern District of Michigan, Quicken Loans alleged the DOJ has been strong-arming the bank into making public admissions that are “blatantly false,” and paying penalties to avoid the department taking legal action.

“Today, HUD reached an important resolution with Quicken Loans so that, together, we may continue offering safe and sustainable mortgage financing to qualified, creditworthy borrowers,” Amy Thompson, HUD’s assistant secretary for public affairs said in a statement. “FHA relies on its partnerships with lenders, such as Quicken Loans, to advance home buying opportunities for Americans, and we look forward to continuing our relationship with Quicken Loans.”