Vitor Monteiro on Unsplash
by Jay Thompson
Share this article
You successfully shared the article.
Close

In a foreign land, Jay Thompson was robbed of his phone, literally. Here’s the eye-opening experience he had.

Upfront disclosure: This article has no direct ties to real estate. You won’t find discussion of a tool you can use or who got funded for what or which brokerage got some hotshot from that brokerage. You won’t learn how to take it to the next level, love a disrupter, slap a vendor, none of that.

It’s just some observations and thoughts on people and society. There’s your indirect tie to the real estate profession — trying to wrap your arms and brain around human interaction and behavior is something that should be thought about.

The last time I went five straight days without access to phone was right before that first cell phone landed in my pocket, sometime around 1985. So when my shiny, stupidly expensive iPhone XS Max was literally ripped out of my hands on the streets of Barcelona last week, an interesting journey began. It was eye-opening; very difficult at times, idyllic at others.

I’ll spare you the details, but in a nutshell two 20-something punks were “working” an area frequented by tourists, I was, of course, looking at my phone and never heard a tour guide say, “Watch your belongings!”

Holding my phone in both hands, the next thing I knew, one guy pulled one of my arms away, and the other ripped the phone out of my hand. They took off running, exhibiting the acceleration and speed of a college football wide receiver.

I gave chase, our tour guide gave chase, all to no avail. The phone was gone. Thanks to the marvels of technology, it was essentially rendered into a paperweight within minutes, and the insurance replacement would be at my home by noon the next day.

Home, over 5,500 miles away from my Barcelona Airbnb.

Phoneless the next 5 days

Fortunately, they are uploaded almost immediately to the cloud. Almost being the key word. Turns out that thanks to marginal cell service and Wi-Fi, several hundred never made it to the cloud and are lost.

Then came that little voice in my head: “What are you going to do without a phone for five days?”

So all this concern and unease because I don’t have a phone.

Like the world will end if I can’t geo-locate my position to six feet. Or if I can’t read in real-time what someone tweets about a drone getting shot down. What, can’t open an app and reserve a seat at that amazing Paella restaurant? The horror!

Sure, I pouted and whined and got pissed off at the thieves — and myself. Woe is me!

Then, I finally got smacked upside the head (or maybe that was my wife, Francy) and realized there was nothing I could do, that I wasn’t going to die, and that I could — and should — just get over my pity party and move on.

Trying to make the best of a lousy situation, the decision to actually learn something from this experience seemed a lot more fun, interesting and fulfilling than crying about it.

When one’s face is not in one’s phone, you’re left with an amazing opportunity — to look around and actually see, hear and smell what is going on around you.

So I ramped up my people-watching. Found lots of wonderful little spots to sit around and just observe, without the constant calling and distraction of my phone.

Let me tell you, despite being surrounded by people from all walks of life, I felt remarkably alone.

I was pretty sure of the hundreds of people walking down this bustling street, I was the only one over the age of 10 without a phone.

There was a young couple at a sidewalk cafe. Clearly in love, a good chance they were on their honeymoon as the requisite hand-holding and googly eyes happened up until they ordered.

Then they grabbed their phones and didn’t even look at each other until their food came. The Instagram photo shoot commenced, with a couple dozen images worthy of high-end foodie publications no doubt being produced. Some idle chit-chatting seemed to occur, between checking for “likes” on the aforementioned Insta accounts.

The young honeymooners were not alone. A group of eight or so right next to them spent almost no time interacting with each other. Faces in phones, occasionally someone would show a buddy something — on their phone — and they both still be chuckling as they looked down and scrolled and tapped their screens.

A business owner steps outside for a smoke and phone break. Two people walk up and pick through his goods displayed for sale. He makes zero eye contact with the potential customers. They walk away, one tapping on his phone while the owner grinds out his smoke, eyes never leaving his screen. He has no idea the couple was even there.

Day after day, I walked about phoneless. I think it was Day 3 when I found a bench along one of Barcelona’s beaches and sat there, looking out at the Mediterranean Sea. It was lovely, and I realized that had my phone been in its usual place — my left hand — then I’d quite likely be looking at it, and not the sunrise.

One thing I try to do when I travel is talk to a few local people. Just to get to know them a little to learn about their history and culture.

As the sun rose that day, foot traffic picked up. Once again I was struck by the number of people walking around, not looking at this beautiful beach but instead looking down at that glowing screen in their hand.

People would sit down on the bench, and for a moment, we would share a space and have a little in common. Engaging with people not holding a phone was easy. “Hi, beautiful morning!” was really all it would take to start a conversation.

Try doing that with someone looking at their phone. Odds are, you’ll get no reaction at all because if they even hear you, they think you’re talking to yourself or someone else.

Our phones, our social media accounts, our apps, our personal information, our access to instant, on-demand answers to life, the universe and everything lies in the palms of our hands — it’s almost impossible to imagine life without these pocket computers in our pockets and hands.

You know, a life where we would have to actually talk to people, like face-to-face. Where we would need to rely on each other for help and answers. Where we could share our thoughts, hopes, desires and fears directly with each other and help each other directly, absent some interconnected devices with shiny apps to make our lives simpler, yet more complex.

Yeah, that’s pure fantasy. The internet isn’t going away. There will be no anti-smart phone revolt with people giving up convenience and speed for interpersonal human interaction.

But maybe we can learn to be just a little less reliant on our electronic leashes. Focus a little more on building real relationships where the interaction happens not just electronically but via real face-to-face, heart-to-heart conversation.

I’d highly encourage everyone to lose the phone for a day. Just turn it off and put it in a drawer. Notice how much more you see, feel, hear and smell.

Unplug for a bit, it’s refreshing, and I think it’s good for the head. And it’s a great way to observe and learn from your fellow humans, even if they have no clue you exist as they sink into their electronic never-never land. 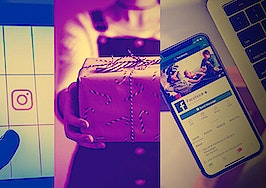 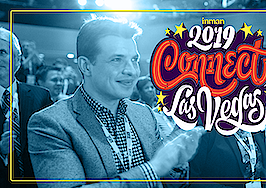 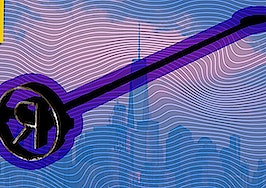 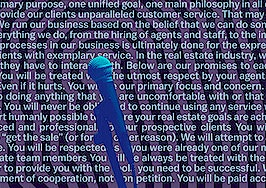 Remember manifestos? Here's why it’s time to bring them back