In addition to working in tech, Jay Remley has years of experience as a real estate investor.

Jay Remley never wanted to be a renter, so shortly after finishing college he bought his first house. Then, he kept buying property, again and again. Eventually, friends started coming to him for advice on how to invest and finally in 2015, he co-founded Mile 27, an investment and coaching-focused brokerage.

But what makes Remley’s path especially unique is that even as he was honing his skills as a real estate investor he was also building a successful career in technology, including doing a nearly eight-year stint as an executive at Google. 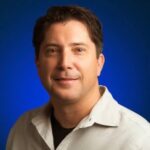 Now, those two career paths have converged in an entirely new role: As of this month, Remley is the first-ever chief revenue officer at 3D imaging company Matterport.

In a statement, Matterport described Remley as a seasoned industry veteran with experience in “business development, sales and operations.” The company also emphasized that Remley has worked at startups as well as Fortune 100 companies. And CEO RJ Pittman added in the statement that Remley’s experience will be especially useful to the company as it expands “services globally to new enterprise customers, partners, and developers.”

In addition to his stint at Google — where he worked on Maps, Cloud, Commerce and other products — Remley has also worked at retail tech company PredictSpring and at data firm i365.

In a conversation with Inman about his new role, Remley laid out his vision for Matterport’s growth, which notably includes plans to continue lowering the barriers to entry for Matterport’s technology.

The comment alludes to Matterport’s announcement earlier this year that it would begin offering free and low-cost subscription plans, as well as begin supporting consumer-grade cameras. The move was a significant one for the company, which had previously only supported proprietary cameras that cost thousands of dollars, and offered more expensive subscriptions.

However, despite the desire to lower the barrier to entry, Remley said that Matterport plans to stay focused squarely on the business market rather than go after consumers.

“I don’t see it as a consumer-type offering,” he added of Matterport’s products. “It’s definitely B2B, but just lowering the barrier to entry to actually consume our services and work with our platform.”

That puts Matterport into a slightly different league compared to other companies that want to cast a wider net, the most notable of which at this point is probably Zillow. In April, the online portal launched its own interactive tours across the U.S.

Zillow’s tours can be created with an iPhone or iPad, and are free — making them a potentially serious threat to established players like Matterport and GeoCV.

However, while Zillow has dubbed it’s offering “3D Home,” Remley said that he is familiar with the product and doesn’t consider it to be a true competitor to Matterport.

“It isn’t true 3D,” Remley argued. “That’s not to knock what they’re doing. I think their use case from a consumer point of view works, but it’s not 3D how we think of 3D.”

As part of Matterport’s efforts to concentrate on the business sector, Remley also sees opportunities to expand the company’s offering — and increase revenue — by branching out more robustly into other industries beyond real estate, such as insurance and construction.

“So you can imagine a construction company, they’ve got a blueprint and we can take that and built that into an actual model,” he explained. “So we’re definitely, from a monetization standpoint, very strong right now within residential real estate. But we’re already starting to leverage that strength into adjacent verticals.”

But, as Remley’s own background suggests, that doesn’t mean that Matterport is any less ambitious when it comes to its core business.

“One of the things that brought me to Matterport,” Remley explained, “is the potential to take what Matterport has done over the last five years and go much broader and deeper.” 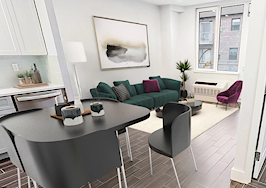