VH1
by Veronika Bondarenko
Share this article
You successfully shared the article.
Close

For those who love million-dollar properties and agent drama, a new real estate show will soon be available for streaming. Love & Listings, a VH1 docuseries that follows a group of “glamorous and scandalous” real estate agents around Hollywood, premieres July 29.

The show stars agents such as Rodeo Realty agent Zac Stiles, LA agent and media personality Taylor Schwartz and Suge Jacob Knight Jr., the son of a famous record producer who is currently serving a 28-year prison sentence for voluntary manslaughter in a 2015 hit-and-run. Knight Jr. is in the process of pursuing his real estate career and believes “getting that real estate license and becoming the top real estate agent in LA is the first step to making my father proud.”

The show is meant to provide a peek into the professional and personal lives of these agents as well as represent the diversity of the industry by showing what it’s like to work as African American agents in Southern California.

Rapper Sean Kingston, TV personality Vanessa Simmons, singer-songwriter Jordin Sparks and performer Brandy Norwood are some of the celebrity homebuyers who will be featured on the show.

“At times, they mix business with pleasure or get caught up in the drama of the industry, but at the end of the day, these agents know if they can’t work together, it could cost them millions,” reads the show’s description.

Over the years, the public showed that there is no shortage of interest for fast-moving shows featuring luxury real estate — as long-running favorites such as ‘Million Dollar Listing’ continue to attract millions of viewers, shows like Netflix’s ‘Selling Sunset’ and CNBC’s ‘Listing Impossible’ have premiered in the last few months.

The first episode of Love & Listings is set to air tonight. Other episodes in the eight-part series will be released each Monday at 10 p.m. EST (7 p.m. PST) on VH1. 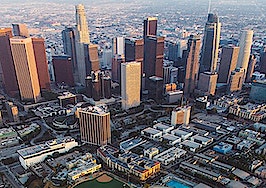 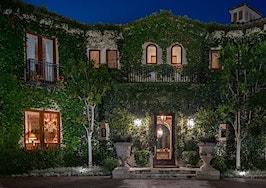 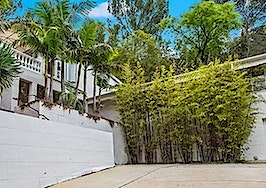