Anastasia Dulgier on Unsplash
by Peter Lorimer
Share this article
You successfully shared the article.
Close

On this edition of “Keeping It Real,” a recurring podcast series on Inman, Peter Lorimer illuminates why comparing yourself to others is a time-suck. Comparison, especially toward the beginning of your career, is a waste of time. And your time is a valuable commodity.

On this edition of “Keeping It Real,” a recurring podcast series on Inman, Peter Lorimer illuminates why comparing yourself to others is a time-suck.

Imagine this: You’re in your second year as a real estate agent, and you’re doing quite well. You take a moment to look around you. And what do you see? Some agents are closing more deals than you.

Sure, some are closing less — but you don’t pay attention to that. You immediately begin to zone in on those who are bringing in more business than you. And the next question is what takes comparison to that toxic next level — you ask yourself, “Why should I even try? I’ll never be as good as this person.”

Comparison is a time-suck. When you allow apathy and despondency to worm its way into controlling your thoughts, you waste valuable time. The “if onlys” become incredibly heavy on your mind, and you begin to crumble under self-doubt — squandering days, months and even years. I’ve seen this happen countless times to agents.

How do you combat this potent toxicity? As a young agent, I had similar struggles and was fortunate enough to receive sage advice from a cohort, who encouraged me to give great attention to what I did have in front of me and to quit wasting time on what I didn’t.

Instead of allowing your eyes and mind to wander into eventual complacency, focus on what’s right in front of you.

Gather up the clients and prospects in your grasp — and nurture them. Take excellent care of them. Not only that, allow yourself to feel gratitude for where you are today, where you’ve come from and the work at hand.

This is where I would also like to implore you to take an honest look at your work ethic. Specifically, if you’re a young agent, are you burning both ends of the candle?

I believe there’s a compound effect on the hours you deploy as a young agent. What you put in, you get out (and even more so, I believe, when you’re younger).

I get it: Comparison is a sneaky little thing, creeping in when we least expect it. Listen in to the entire podcast above to build your defenses against the toxic intruder. 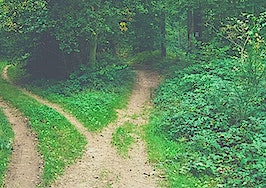 Keeping It Real: Don’t get stuck on decision-making 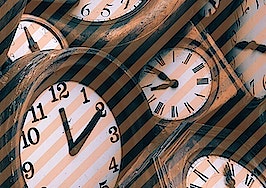 Keeping It Real: How to squeeze the day for all it's worth 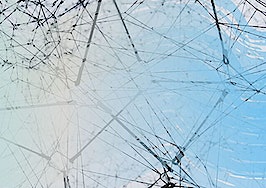 Keeping It Real: Marketing tips that can future-proof your business 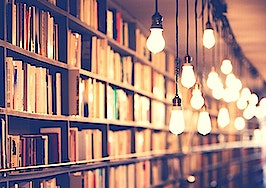 Keeping It Real: 3 things agents must do to stay on top of their game