Yield curves predicting recessions did so historically and will again at the end of Fed overshoots. The Fed has done no such thing this time.

The current situation is without precedent, but its pattern is more clear than most prior “situations” — economic upsets and market panics. Clear to some, especially old-timers who actually work in markets, but so, so many have it wrong.

Lowest-fee Fannie mortgages are approaching 3.5 percent, especially if the borrower has a batch of equity, and even jumbos have broken into the threes.

This latest leg of the situation began just two weeks ago with new tariffs on China and has devolved into a full-scale global bond-buying panic.

Sometimes panic is a good idea.

The state of affairs

U.S. 30-year Treasurys have broken 2 percent for the first time ever, and the 10-year traded below 1.5 percent; 10s inverted briefly to 2s, which gave the stock market (and media) the raving bejabbers. “Recession!!!”

Not. The U.S. economy is just fine, except for manufacturing, which is caught in the global whorl, but a minor component of the U.S. economy. Second, this new “yield curve inversion” has nothing — nothing — to do with prior inversions that did predict recessions.

Yield curves predicting recessions did so historically and will again at the end of Fed overshoots. The Fed has done no such thing this time.

Historical overshoots were not bad policy, but rather instead caused by the inevitable lag in long cyclical fights against inflation. No Fed can know in real time the moment it has won the fight and thus stays tight for too long, inversion and recession the result.

In the Fed’s cautious and dinky hikes from zero to 2.5 percent last fall, there was no inflation-fight, just “normalizing” exactly as the Fed said. It bungled its signals last November, markets thinking much hiking to come and mortgages jumped above 5 percent.

Even that did not cause the winter slowdown — that was the shutdown.

The Fed quickly corrected the future-hike misunderstanding and all long-term rates had fallen a full percentage point before this new situation began two weeks ago, caused by tariff “sado-masochism” (thank you for that, Lawrence Summers).

Overseas money is the source of this bond-buying panic. Cash has gone first to Treasurys, the standard preference of foreign investors, not U.S. mortgages.

The big moves down in yield have come Asian and European markets while we slept. The German 10-year has led the way, minus-0.71 percent, plunging a half-percent in one month, the same as our bonds.

Germany’s second quarter GDP may have gone negative. The whole Eurozone is flat, poised for recession; June industrial production is down 1.6 percent in a single month. China’s industrial output fell to a 17-year low.

More reason to panic: The populations of the world’s leading economies are aging fast. Which means life insurance and pension funds, public and private, must buy more bonds to pair off against the future liability of our retirement and demise.

The lower bond yields, approaching zero, no earnings to help with the liability, the more bonds the funds must buy. Given negative yields in some places, funds must buy every year to make up the loss.

The time is now

Heaven help anyone who had bet on higher rates. They must buy now. So must any entity trying to maintain hedged duration — the holders of all $9.5 trillion in U.S. mortgages and attendant servicing must join the panic, buying to maintain duration in busted hedges.

Leave money in Hong Kong? Hah. Get to Treasurys. Argentina, Italy, China — get out if you can.

The consequences of all of this have arrived in the conference rooms of every central bank. The ECB next month will throw in the kitchen sink and the towel.

What of the Fed at its September meeting?

Chair Powell and others, including expert outsiders (a few reporters are excellent judges of policy, especially Nick Timiraos and Greg Ip at the Wall Street Journal) have believed that the Fed must not criticize trade policy.

A bad fight with Tariff Man might permanently damage the Fed’s independence. So shut up, and repair the tariff damage, if possible.

There are times when the Fed must speak critically of bad policy made elsewhere in government.

Paul Volcker publicly criticized Reagan’s “supply side” fiscal disaster, acted against it by keeping rates sky-high, and he won.

On the other hand, Ben Bernanke’s Fed sat quietly while Wall Street created several trillion dollars of uncollectable IOUs — credit regulation was not the Fed’s job until Dodd-Frank.

After Lehman in 2008, Bernanke went to Congress to tell them the problem was beyond the Fed’s powers and needed fiscal solutions.

A look at credit

There may be another path for Fed resistance to bad trade policy and to protect itself.

Tell the truth — not all of it, just enough: Nothing in this global situation was caused by the Fed, nor can it be repaired by the Fed. There is no particular harm in cutting a quarter point or two, although unnecessary, but if the Fed begins the dramatic easing called for in several quarters, it can make things much worse.

The Fed controls the volume and cost of credit.

There is no shortage, and the price is already cheap. Total bank credit (Fed series H.8) is growing steadily. There is no sign of credit difficulty among U.S. borrowers, not in getting credit or making the payments.

External market forces have injected fantastic easing into the U.S. economy. We are already soaked in stimulus, a $1 trillion budget deficit — which the external bond panic makes far too easy for us.

Fed hyperstimulus would do more to bubble markets and to induce inflation than to help anything which has gone wrong.

At its September meeting, it should say these things, quietly, not picking a fight. And make a suggestion or two about the real underlying problems.

The deepest problem in global trade has been the grossly predatory behavior of China and Germany, undermining the global economy for 20 years.

In different ways, but the same results, and so long-standing that both nations feel entitled.

Germany runs a 7 percent of GDP trade surplus — half of it in euro-gold-standard Europe, all others in deficit — and a budget surplus of 3 percent of GDP. No other large nation in the Eurozone has a deficit less than 3 percent, a catastrophic imbalance.

China protects its domestic economy, ignores international law, holds all concepts of fair trade in contempt, and its “belt and road” is a global company store enticing and entrapping other nations with debt.

Tariff Man may be the catalyst — kicking a wasp’s nest now stuck on his foot — and tariff relief would help, but a great deal of damage has been done.

Europe is non-viable unless Germany spends, consumes and imports. China’s destructiveness sooner or later will force the world not to do business with it, willingly or unwillingly.

All beyond the Fed’s powers, which it should say. Instead, ask for help.

The U.S. 10-year in the past year. The market this morning attempted a long-overdue countermove and failed. At 1.56 percent, another interval like the past two weeks and 10s will test the all-time low. Not likely to happen quickly, but no reason at all not to happen. 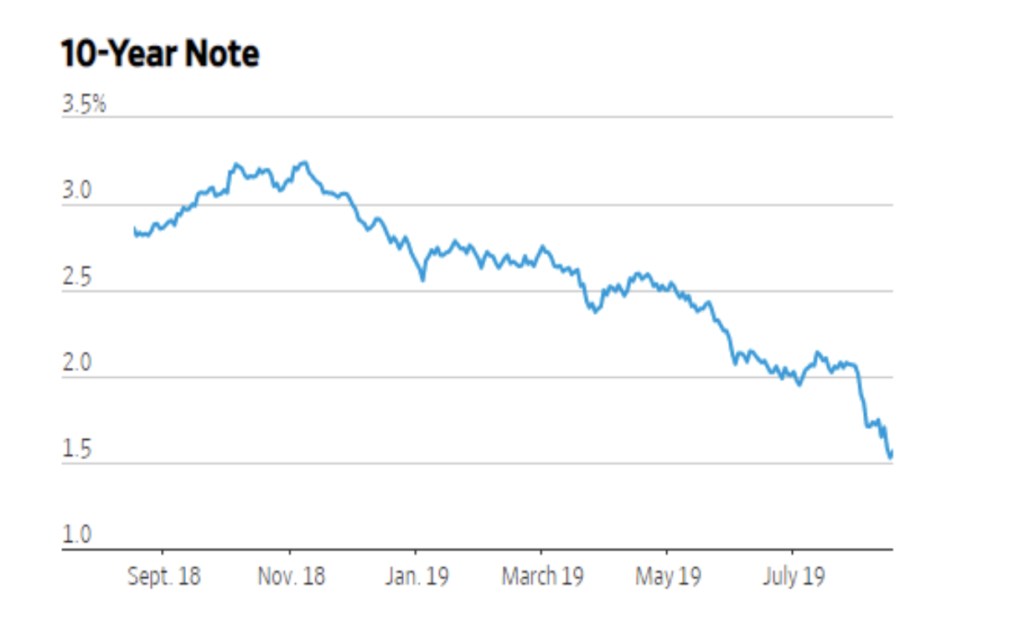 The NFIB July survey of small business … no distress whatever: 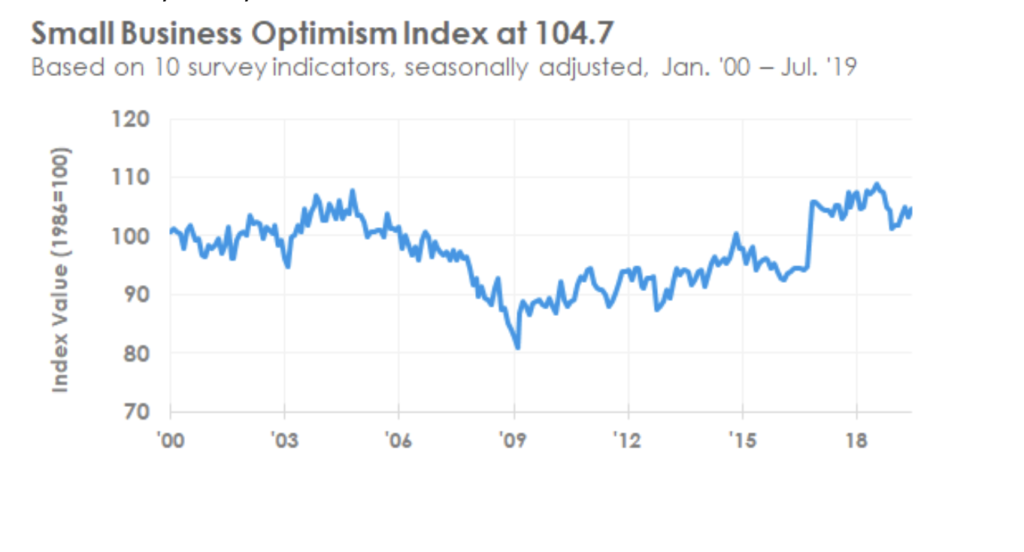 Keep your nose out of China’s affairs

“We solemnly remind you this plain truth: Hong Kong affairs are entirely China’s internal affairs, and you are neither entitled nor qualified to wantonly comment on them,” Hua Chunying, a spokeswoman at China’s foreign ministry, said Tuesday, reported by CNBC, among others. “Mind your own business and stay out of Hong Kong affairs.”

“We hope the U.S. side will meet China half-way, and implement the consensus reached by the two leaders during their meeting in Osaka, and look for mutually acceptable solutions through dialogue on the basis of equality and mutual respect.”

Brand new from the NY Fed — Goldilocks credit, not too much, not too little. Student loan growth is an abomination, but hardly the Fed’s fault: 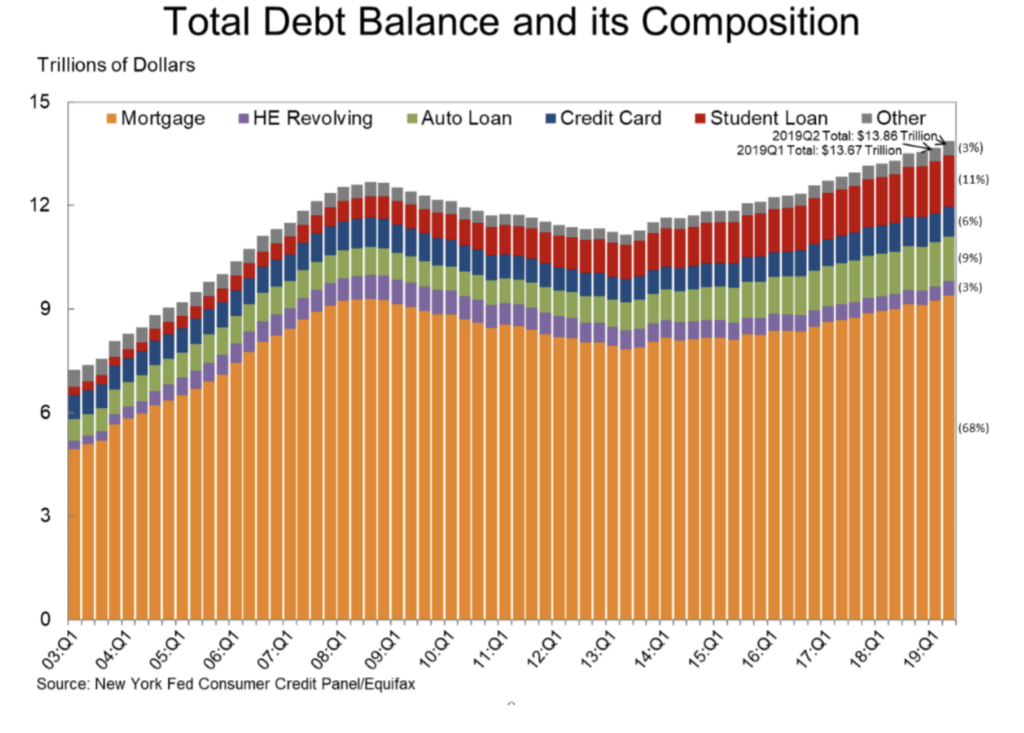 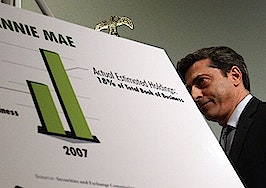 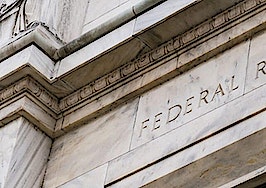 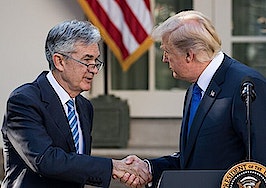