WeWork
by Teke Wiggin
Share this article
You successfully shared the article.
Close

Just weeks after filing for an initial public offering, WeWork, the coworking behemoth now known as The We Company, has acquired Spacious, a rival that converts storefront retail properties including restaurants into temporary coworking spaces.

WeWork leases large commercial properties, converts them into coworking spaces and subleases them to a panoply of customers ranging from lone wolf freelancers to Fortune 500 companies.

Spacious puts a bit more of a “sharing economy” spin on the coworking concept. It helps storefront establishments earn extra income by running their units as coworking spaces when those establishments are closed.

The New York City-based startup has fielded dozens of locations across the Big Apple and in San Francisco, according to TechCrunch.

Coworking spaces may appeal to some real estate agents, who tend to work on the go and are increasingly joining “virtual brokerages” without offices.

“Spacious’s service delivers a distributed network of walk-in, on-demand workspaces, wrapped in an experience of stylish hospitality,” Spacious CEO Preston Pesek said in a blog post announcing the acquisition. “By joining WeWork, we’re taking the next step in providing easy access to on-demand workspaces across the world.”

Mobile workers can access Spacious locations at more affordable rates than WeWork facilities, including through $20 day passes and $129 per month annual memberships, according to TechCrunch.

WeWork renewed debate around the viability of a certain breed of tech company when it filed for an IPO earlier this month.

Like ride-hailing company Uber, WeWork’s business model is premised on developing enough market share, economies of scale — and, with luck –breakthrough technologies to achieve profitability at some point in the future.

In paperwork the company recently submitted to the U.S. Securities and Exchange Commission, The We Company reported a loss of $900 million for the first six month of 2019 on revenue of $1.54 billion, according to CNBC. It also reportedly disclosed $47.2 billion of future lease payment obligations as of June 30. 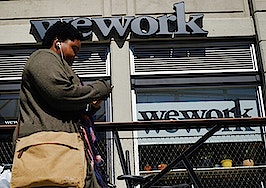 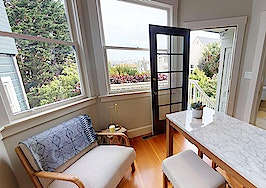