A proposed acquisition that would have given Fidelity National Financial nearly half of the U.S. title insurance market fell apart Tuesday thanks to opposition from federal regulators.

Fidelity first revealed plans to acquire Stewart Information Services Corporation last year. The deal was valued at about $1.2 billion and would have created a kind of title insurance Voltron, combining the resources of Fidelity — a Fortune 500 company that describes itself as “the nation’s largest title insurance company” — and Stewart, which says that “it is one of the largest real estate service companies in the industry.”

However, the deal needed approval from the Federal Trade Commission (FTC), which on Friday opted instead to oppose the acquisition.

In a statement, the FTC explained that Fidelity and Stewart are “two of the four largest title insurance underwriters in the United States,” or the “Big 4.” If the two companies merged, according to the FTC, the combined firm “would have more than 43 percent of” title insurance sales in the U.S.

In other words, the FTC believed that the Fidelity-Stewart deal would have turned the Big 4 title insurance giants (which also include First American Title Insurance Company and Old Republic National Title Insurance Company) into the “Big 3.” And that, the regulatory agency argued, would be bad for consumers. 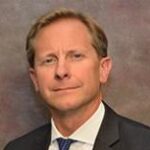 “Competitive title insurance and title information markets are essential to providing Americans affordable and high-quality title insurance products,” Bruce Hoffman, director of the FTC’s Bureau of Competition, said in a statement. “The merger threatens to continue a trend of consolidation in these markets. Our action seeks to preserve important and beneficial competition that plays out every day in every real estate transaction across the United States.”

Fidelity and Stewart responded to the FTC’s opposition by abandoning the proposed deal on Tuesday. In a brief statement, Fidelity said that it would pay $50 million to Stewart as compensation for the acquisition falling apart.

Stewart put out a longer statement Tuesday, saying that it was disappointed with the FTC’s decision but that it remains “well-positioned to execute on a standalone strategic plan built around growth and profitability.”

Fidelity is headquartered in Jacksonville, Florida, and was founded in 1847. The company operates a number of different brands and provides title insurance — or protection in case a property has, for example, a lien against it — and other services for both residential and commercial deals.

Stewart was founded in 1893 and is based in Houston, Texas. It too operates a variety of subsidiary brands and in addition to title insurance also provides loan origination and other services.

After the proposed deal fell apart Tuesday, Hoffman applauded the two companies’ decision, calling it “good news for everyone who requires title insurance when purchasing real estate in the United States.”

“These customers will continue to benefit from vigorous competition for title insurance underwriting and title information services,” Hoffman said in a statement.