Midwest Real Estate Data implemented its own pocket listing rule years ago, and now it supports a similar policy that would put the kibosh on off-market listings everywhere.

Midwest Real Estate Data (MRED), a major Midwest multiple listing service in the Chicago area, has thrown its support behind a proposed industry-wide rule that would largely ban pocket listings, saying that the market is “placed in jeopardy” when properties are withheld from the public.

In a report released last week, MRED revealed that it was voicing support for a proposed policy from the National Association of Realtors (NAR) “so that the [multiple listing service] industry can maintain an efficient and effective marketplace.” The proposed NAR policy was announced earlier this month and, if adopted, will require agents to submit their properties to their local multiple listing service (MLS) within 24 hours of marketing them.

The proposal from NAR has been framed as a way to preserve fair competition, though the issue is increasingly controversial and some high-profile agents have resisted the idea of increased regulation.

However, MRED states in its report that in 2016 it actually implemented a policy similar to NAR’s proposal because it saw a host of problems related to off-market listings, as well as a “marketplace out of balance.” Issues leading to MRED’s policy came to a head in 2015 and included private listing clubs, closed Facebook groups and “coming soon” yard signs — all of which “emerged at an alarming rate.”

MRED’s report also points out that agents may have been well-intentioned when they kept listings off the open market — doing so for the sake of client privacy or to test prices, for example — but that the practice ultimately reduces the accuracy of housing data and risks raising conflicts of interest for agents.

In an attempt to strike a balance between the needs of agents, clients and the marketplace, MRED’s solution included a private listing network, or PLN. The PLN launched in 2016 and lets agents use a “coming soon” feature. Listings put into the PLN don’t get syndicated to other websites.

According to MRED, requiring agents to input their listings while giving them a private network option has worked.

“Today, MRED’s complaints regarding off-MLS listings are infrequent and customer satisfaction scores have steadily increased since the PLN’s implementation in 2016,” the report states.

MRED counts more than 45,000 real estate professionals among its membership.

NAR will no doubt be hoping for an outcome similar to MRED’s if its proposal ends up as policy. That could happen as soon as next month during the trade group’s conference.

The controversy surrounding off-market listings, however, is unlikely to die down any time soon. On one side, NAR and regional MLSs are cracking down on listings that remain off the market for some or all of their lifespan. In addition to MRED, for example, Bright MLS announced last week that it was adopting a new rule that amounts to a slightly modified version of NAR’s proposal.

And significantly, agents who break Bright’s new rule will eventually face fines of $5,000.

In an email to Inman, a spokesperson for MRED said Bright’s requirement that agents post their listings within 24 hours of marketing them was similar to the Midwest MLS’s own rule — a rule that the spokesperson said “has been very successful in our marketplace.”

The spokesperson also said that NAR and MRED were in touch while compiling the report. In a statement from MRED, NAR Director of Engagement Rodney Gansho added that the Midwest MLS “paved the way for NAR’s Clear Cooperation Proposal by adopting a similar policy to address their own ‘off-MLS’ concerns.”

MRED’s report also notes that other MLSs around the country have rolled out a variety of marketing policies that deal with “coming soon” and off-market listings. These policies vary from place to place, but the takeaway is that numerous MLSs see off-market listings as at the very least a challenge in need of a policy solution.

On the other side of the debate, big companies like Redfin and Compass have made liberal use of their own “coming soon” features, with the latter company suggesting in the past that it wants to host exclusive listing content — a goal that appears to be in conflict with NAR’s objective of making listings more widely available.

Gary Gold, an executive vice president at luxury Los Angeles brokerage Hilton & Hyland, also said last week that he appreciates the MLS system but opposes a pocket listing ban because agents should not be “treated like children.”

Whether the resolution to these opposing views continues to come at a local level, or via a big national policy remains to be seen, but MRED at least clearly favors the idea of NAR stepping in.

Update: This post was updated after publication with additional information from MRED. 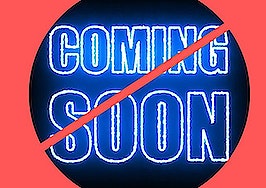 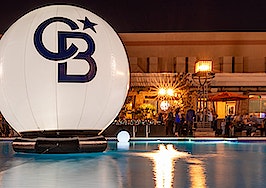 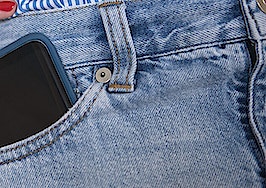