The commitment from the social network comes amid accusations of worsening housing affordability and a wider tech backlash.

Facebook has become the latest tech behemoth to pledge a boatload of cash to affordable housing, matching Google’s commitment of $1 billion — which itself had one-upped Microsoft’s trailblazing pledge of $500 million.

The Wall Street Journal reports that Facebook estimates its funding will generate up to 20,000 units, much of it catering to housing middle-class workers near the firm’s headquarters in Menlo Park, California.

It’s the latest sign of a push by giant corporations to walk the walk of corporate social responsibility by funding affordable housing, amid a tech backlash and wider skepticism of American capitalism.

$250 million of the funds are earmarked for a special partnership with the California governor’s administration, in which the state will essentially donate publicly-owned land to developers, according to the Wall Street Journal.

The commitment from Facebook illustrates what appears to be a competition among tech firms to demonstrate their community-mindedness through investment in affordable housing.

First came Microsoft’s January 2019 announcement of a $500 affordable housing initiative for the Seattle area. Then, in June, Google did one better, pledging $1 billion for development in the Bay Area. Now Facebook has matched Google’s hand. Amazon, too, jumped on the affordable housing bandwagon in June. It announced $8 million in funding for housing for homeless people in Seattle and Arlington, Va.

These donations have coincided with new promises from business leaders in other industries to give more consideration to communities, workers and suppliers — rather than principally to shareholders.

In April, the Business Roundtable, comprised of 200 of the CEOs of some of the largest U.S. firms, explicitly promised to adhere to new corporate principles. Revising its position on the purpose of corporations, its members pledged to invest in employees, deal fairly with suppliers and support their communities. The mission statement contrasted sharply with the group’s 1997 doctrine, which had cast the interests of stockholders as their “paramount duty.”

The shift in rhetoric comes amid a torrent of left-wing reform proposals from Democratic primary contenders, gushing at the highest pressure from the campaigns of Senators Bernie Sanders and Elizabeth Warren.

Sanders’ housing plan, for example, calls for national rent control, $2.5 trillion for 10 million affordable units and taxes on investors that would hamstring landlords and traditional home flippers, as well as iBuyers.

Some states have already taken action to protect tenants, with both California and New York State in recent months passing some of the most high-profile rent control laws. NAR and other industry lobbies generally — though not always — oppose such legislation on the grounds it discourages new construction.

Tech companies, in particular, are seen as having driven up housing costs by attracting high-paid tech workers to metros where they have large footprints. They’re also under scrutiny for allegedly abusing their market power and negatively impacting society in other ways.

The Wall Street Journal notes that Facebook CEO Mark Zuckerberg is set to answer questions Wednesday before Congress about how its advertising practices have allegedly violated fair housing laws. 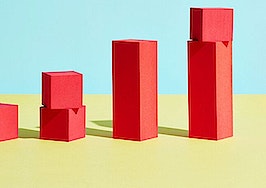 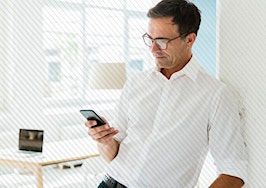 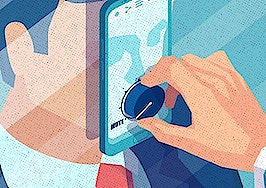 Agent/broker perspective: Should political opinions be kept off social media?