Keller Williams filed an answer to the complaint, acknowledging it began a relationship with TPI Cloud Hosting in 2015 concerning software development.

The lawsuit, filed by TPI Cloud Hosting, claims the franchisor hired the tech vendor to build its consumer-facing app, never paid, then copied the company’s prototype for its own proprietary app development.

Keller Williams sought to dismiss the lawsuit under the state’s economic loss doctrine, which precludes claims of fraud in cases where the damages claimed are just the economic loss to the plaintiff of the contract itself.

In the wake of Nowlin’s Oct. 7 decision, Keller Williams filed an answer to TPI Cloud Hosting’s original petition on Oct. 21. The answer essentially denies all the claims in the original complaint but acknowledges it began a relationship with TPI Cloud Hosting in 2015 concerning the potential creation of a software application.

The two parties entered into an agreement in July 2015, whereby Keller Williams would pay TPI $1.8 million, payable in six monthly installments of $300,000, beginning in August 2015 for the creation and development of the app, according to the complaint.

Keller Williams allegedly ended the agreement and did not pay TPI for its work, according to the complaint.

The complaint further alleges that at one point the parties discussed expanding the scope of work or entering into an additional agreement, until, “it became clear that Keller Williams had used the initial work under the agreement and the discussions about expanding the agreement or entering into a new agreement to obtain enough information from TPI to pursue development of the new technology in-house,” the complaint says.

TPI is seeking the full $1.8 million payment, as well as other damages to be determined.

Keller Williams has publicly boasted about its in-house technology development, with CEO Gary Keller proclaiming that the company had won the platform race. President Josh Team just recently said that Keller has said he would spend up to $1 billion to develop the technology.

“As a brand policy, were not looking to comment or provide updates on pending litigation.” Keller Williams spokesperson Darryl Frost said Thursday. 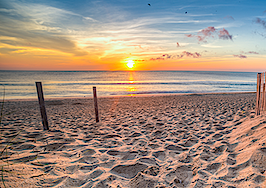 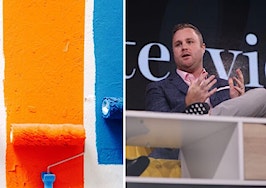 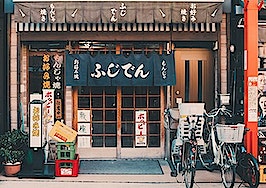 Keller Williams is expanding to Japan