Currently available to select agents in Texas, Georgia and California, the program will allow agents to advise homeowners on how to maximize sales price.

Keller Williams has been testing a concierge program in Texas, Georgia and California, the franchise announced Tuesday. The program, called Keller Offers Concierge Program, will allow Keller Williams agents to advise homesellers on strategies to reap the best return on investment, with the actual improvements coming at no upfront cost to sellers.

“We will front the finances required to allow a homeowner to make improvements and modifications to their home to maximize their listing value,” Team said. “They only have to pay that back when their listing sells.”

Team envisions a Keller Williams agent dropping in on a listing presentation with three distinct options for sellers. The seller could choose the iBuyer route and solicit an offer through Keller Williams, but if they turn it down and opt for an on-market listing they can either list as is or make the improvements.

Concierge programs aren’t new to the industry. Both Redfin and Compass have touted similar offerings. Nonetheless, Team said those offerings weren’t the impetus behind launching the program. “We don’t really focus on the competition,” Team said. “We’re in constant conversation with our agents and clients.”

In the labs process, Keller Williams is working on compiling data to see what will actually give sellers the best return on investment so they can arm their agents, acting as client’s fiduciaries. Currently, a small amount of interest is charged for upfront costs, but the goal is to get that fee down to zero.

“Once we lab out the best experience, our ultimate goal is to get that down to zero,” Team said.

Team also believes his company has found a unique take on the concierge program because they’re allowing Keller Williams agents to have full control and use their own vendors and partners for the improvements.

“Not only are we helping consumers and sellers get the most for their home without any risk or complications, but we’re also empowering agents to build deeper relationships with their vendor networks,” Team said. 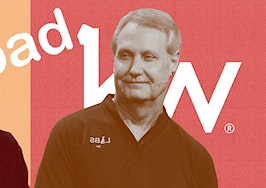 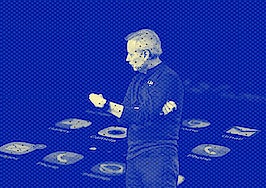