Home prices rose in 93 percent of all U.S. metro markets in the third quarter, according to the Metropolitan Median Area Prices and Affordability report released Thursday by the National Association of Realtors.

“Incremental price increases are to be expected, but the housing market has been seeing re-acceleration in home prices as more buyers want to take on lower interest rates in the midst of insufficient supply,” NAR Chief Economist Lawrence Yun said in a statement. “Unfortunately, income and wages are not rising as fast and will make it difficult to buy once rates rise.”

At the same time, some of the most expensive markets in the country have seen a drop in home prices. San Jose in California saw homes prices fall by 4.6 percent. San Francisco, meanwhile, saw a 2.5 percent drop and San Diego saw a 0.8 percent drop. But these decreases are merely ebbs in an already oversaturated market — in San Jose, a median home commands $1.24 million.

Despite rising prices, housing affordability is slightly better than it was in the previous quarter. Monthly mortgage payments for a family earning the national median of $79,215 fell to 15.6 percent from 17.4 percent last year. First-time homebuyers can now earn $48,912 to afford a mortgage payment on a median-priced home.

Lower interest rates have amped up competition for homes, particularly lower-end and affordable ones, Yun said.  At the end of the third quarter, only 1.83 million existing homes were available for sale, or 2.7 percent less than during the same period in 2018. To prevent future spikes, more homes need to be built nationwide — an initiative that the construction industry has been struggling to achieve.

“In some markets, yes, we’re seeing construction companies ramp up plans to build more houses,” Yun said. “But in an overall comparison of 2019 and 2018, fewer homes have been built. So hopefully home builders will expand their plans in order to better address the national inventory shortage.” 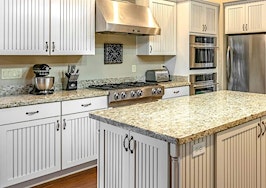 How to manage buyer expectations in a shifting market 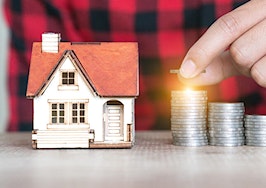 This 'Big Short' investor is betting against mortgage market again