A lack of affordable housing topped a list of rising concerns for real estate professionals, according to a new Inman poll posted Tuesday on Facebook.

A lack of affordable housing topped a list of rising concerns for real estate professionals, according to a new Inman poll posted Tuesday on Facebook.

Among more than 130 people who responded to the poll on Inman’s Coast to Coast Facebook page, approximately half said “Housing affordability” ranked as their biggest concern in the months ahead, followed by challenges with lead generation strategies as the heated housing market begins to cool.

“It’s getting too expensive here in Florida to afford a house in a good place with a good commute,” Wilberto Rodriguez, a real estate agent at Keller Williams Realty, wrote in a comment under the Facebook poll.

Among 19 listed concerns, poll takers also named rising interest rates, a potential housing market crash and sluggish luxury home sales as cause for alarm, while other issues including the length a typical home lingers on the market and the growing popularity of iBuyers barely registered. 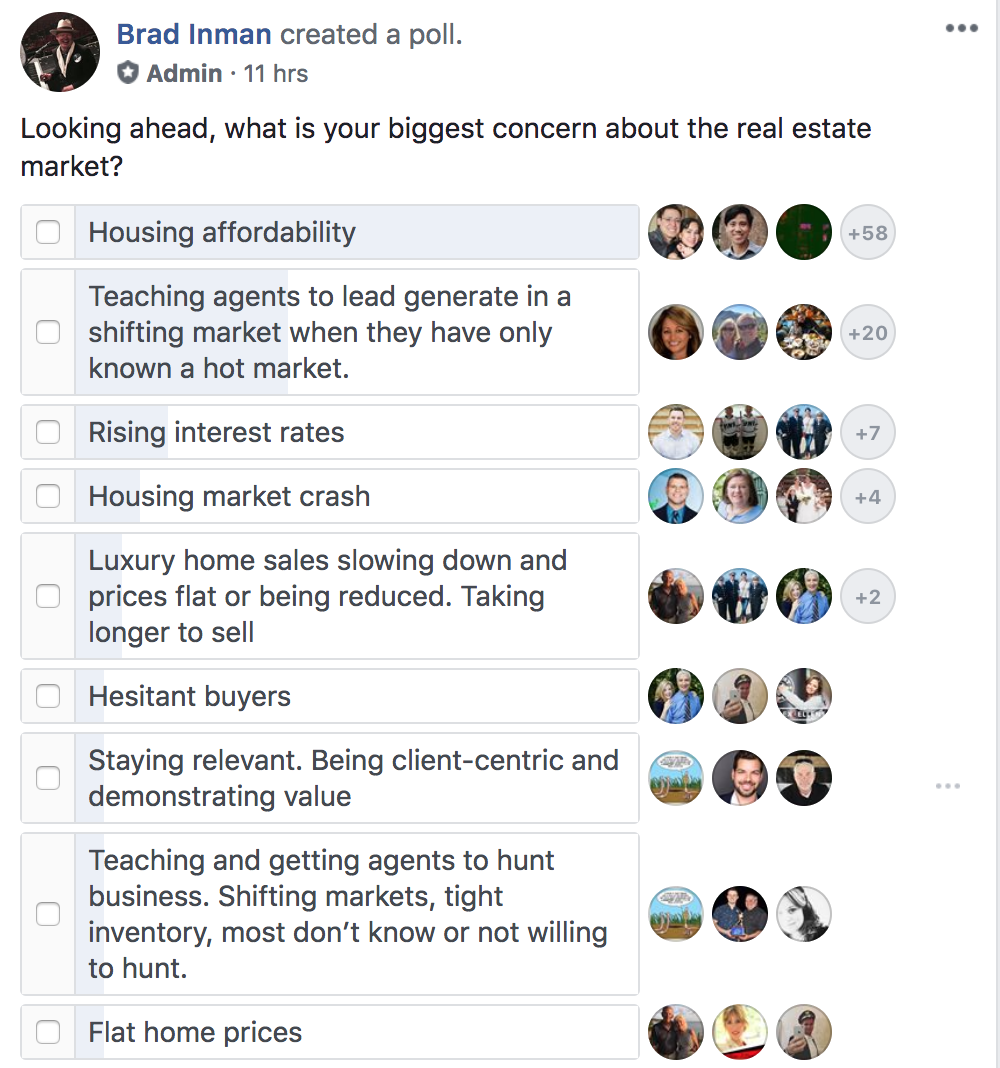 Housing affordability, however, remained top of mind for 65 of the respondents — and for good reason.

Plummeting housing affordability has struck housing markets across the country. Over the past four years, average home prices have soared, with the average single-family home now commanding $285,700. Reaching new highs each month, these numbers are expected to skyrocket in 2019.

In San Francisco and San Jose, the average price of a home topped $1 million this year, forcing many homeowners to spend more than 40 percent of their annual salaries on mortgage payments. As a result, sales in some housing markets have plummeted.

Nonetheless, some respondents offered a rosier counterpoint, suggesting that even in a downturn, talented real estate professionals can find success.

“Anyone can sell homes in any market. All markets fluctuate,” wrote Randy Sumbles, another Keller Williams agent. “Add revenue streams so when one is down the other is up.”