In a voice vote largely comprised of ayes, the trade group’s Multiple Listing Issues and Policies Committee, which has about 120 members, on Saturday morning voted to approve the Clear Cooperation Policy, which would require listing brokers to submit a listing to the MLS within one business day of marketing a property to the public.

After much discussion during the MLS Forum before the committee meeting — most volunteering opinions in favor of the policy and some against — a crowd of hundreds applauded and some cheered when the policy passed.

The policy now moves to NAR’s Executive Committee, which will decide whether to send the policy to the NAR board of directors for a final vote at Monday’s board meeting.

If passed, the policy will be effective January 1, 2020. But following a suggestion from the Council of Multiple Listing Services (CMLS), the MLS committee amended the proposal to extend the implementation date from March 1, 2020 to May 1, 2020 in order to give MLSs time to make any technology changes and to educate their agent and broker subscribers on the new policy. 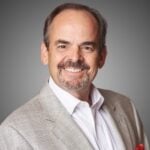 During the forum before the committee meeting, Jon Coile, chair of Bright MLS — which is currently under a litigation threat from Compass for passing a similar policy — said off-MLS listings create “havoc and confusion” and undermine the “social contract” Realtors have to offer cooperation and compensation.

He acknowledged that someone like Tom Cruise would potentially want to avoid tourists knowing his home was for sale, but in that case, his listing broker could take the listing as an office exclusive, which is allowed under the proposed policy. But in that case, “he’s also not going to want it on Zillow,” Coile said.

Sam DeBord, CEO of the Real Estate Standards Organization (RESO) and NAR’s MLS and Data Management Committee Liason, pointed out that when some complain that a policy should not get between a seller and a broker, there are many rules that brokers have to follow already: federal regulations, fair housing laws, state licensing laws, and the Realtor Code of Ethics, which requires a broker to refuse a seller’s instructions in many cases.

For instance, the code — and fair housing laws — prohibit Realtors from discriminating against anyone on the basis of race, color, religion, sex, handicap, or familial status, among other protected characteristics. Opponents of pocket listings say keeping listings off the MLS may violate fair housing laws by not exposing the listing to a wide audience.

“I’ve been in this business for 43 years. I’ve seen the good, the bad, the ugly of this industry. I am hell-bent on supporting any practice or any policy that lends itself to not excluding any particular person,” Boyd Campbell, former president of the Maryland Association of Realtors, told the crowd.

A Realtor from Pennsylvania said the policy would increase professionalism and then appeared to refer to what many think is the primary reason agents use pocket listings: to double-end deals.

“The elephant in the room is greed and those of us who are practicing understand that,” the Realtor said, prompting applause from attendees.

Matthew Goulden, a member of the San Francisco Association of Realtors MLS and three off-MLS listing groups, told attendees that one of the off-MLS groups — not run by Realtors — “will refer your client to another Realtor for a referral fee.”

He urged the committee to pass the proposal because “if we don’t do something here to keep our industry together … more companies are coming. This rule makes the information that we have, ours.”

Some real estate pros brought up particular situations that might prevent them from being able to follow the policy. For instance, Carla Farley of the San Diego Association of Realtors pointed to a time she was involved in a probate short sale in which a court ordered that a property not be put in the MLS. 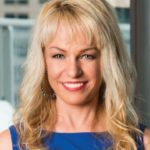 In such a case Rebecca Jensen, CEO of Midwest MLS MRED, recommended that MLSs take a look at artificial timelines associated with “coming soon” statuses.

MRED doesn’t have requirement that a listing must become active after a certain time, so a listing can stay in “coming soon” status as long as an agent wants because of situations like the one described by Farley, Jensen said. In such a case, an agent being asked by a consumer what’s going on with the property would be able to answer, rather than appearing ignorant in front of their client.

Bill Lublin, CEO of Century 21 Advantage Gold in Pennsylvania, expressed his support for the policy because of the fair housing implications and indicated that rare circumstances should not dictate whether the policy passes. “One woman who had the weirdest situation in San Diego that I’ve heard of in 48 years — that is not our north star,” he said, prompting laughter from some attendees.

Anne Wheeler, a director of the Austin Board of Realtors — which is against the proposed pocket listing rule — pointed out that Texas is a non-disclosure state where sales prices are not public record, but “unfortunately, when it’s in the MLS, it is out there.”

Jensen, who ran an MLS in a non-disclosure state (Utah) for years, said there was nothing in the policy preventing an MLS from adopting additional policies limiting the amount of information that needs to be entered. 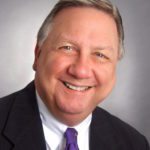 Bob Hale, president and CEO of the Houston Association of Realtors, remarked, “It would be helpful if NAR took Bright and MRED’s rules and made them available so we’re not recreating the wheel.”

During the committee meeting, committee member Eben Moran of Naples MLS proposed an amendment to the policy that would give MLSs the ability to grant exceptions on a listing-by-listing basis with the seller’s written consent on a document that discloses the benefits of the MLS and the reasons why the seller seeks an exemption.

Other committee members said that would “put a gaping hole” in the purpose of the policy.

Kennet Walker, chair of the Monmouth-Ocean Regional MLS, said, “I think we’re losing sight of the fact that the seller is a consumer as well.” 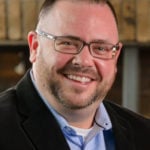 Chris Carrillo, president and CEO of Metro MLS in Wisconsin, replied, “Sellers have never been able to dictate MLS rules. If we left rules up to sellers it would be the wild west.” The committee voted down the amendment.

Compass executives did not participate in the forum discussion. When asked why, Cory Perkins, the brokerage’s senior manager of inventory strategy and operations, told Inman via email that “a number of [Compass] reps from around the country spoke at the mic asking questions and making comments.”

Asked for Compass’s response to assertions that the policy would promote fair housing, Perkins said, “Compass certainly champions fair housing. We would love to see a policy written that both promotes fair housing and properly accommodates pre-MLS marketing programs, we don’t view those two outcomes as mutually exclusive.”

Inman has asked Perkins if Compass has a policy change suggestion that would do both. Inman has also asked Perkins, who reportedly attended the forum, for clarification on the “reps” he is referring to and why he did not approach the mic himself to talk about the policy’s limitations. We will update this story if and when we hear back. 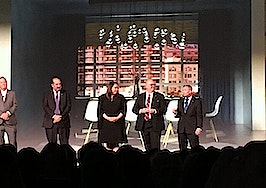 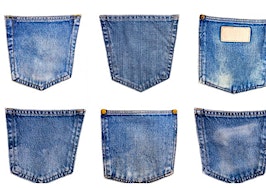