SAN FRANCISCO — Leaders of the National Association of Realtors struck a celebratory tone at NAR 360, the trade group’s kick-off event for its annual conference, the Realtors Conference & Expo, Thursday afternoon.

The event began with a moment of silence for those affected by the ongoing wildfires in California, but quickly turned more sanguine as NAR executives came on stage in quick succession to tout the association’s victories this year. 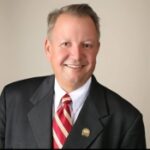 “We should all be proud of the accomplishments we’ve achieved,” 2019 NAR President John Smaby told the crowd of thousands gathered at the Marriott Marquis San Francisco.

He compared the changes at the 1.3 million-member trade group to a home renovation.

“We’re enhancing services to all of our members, whether a large broker, small broker, a commercial Realtor or a residential Realtor. We need to help you feel the value of your membership.”

This year’s conference theme is “Imagine the Possibilities” and Smaby said conference sessions would cover areas such as proptech, opportunity zones, increased professionalism opportunities and advocacy activities to increase homeownership.

NAR 360, scheduled for an hour, ended 10 minutes early. None of NAR’s leaders mentioned the controversial proposed pocket listing policy likely to be debated in conference sessions or the bombshell agent commission lawsuits the trade group is currently embroiled in.

NAR will host an update on the class-action litigation on Saturday, but that session will only be open to NAR members attending the conference. Press will not be allowed at that session or at the Treasurer’s Forum to discuss NAR’s budget, also on Saturday.

“When there is internal business or processes that need to be discussed, it is important we provide that environment for members and staff,” NAR spokesperson Mantill Williams told Inman via email.

“In addition, I will add [that] members came to us expressing concerns that they can’t be open with their opinions if media is in room.”

The successes the leadership team touted at NAR 360 included a literal remodel. NAR 2019 Treasurer John Flor presented a video updating members on the $45 million renovation of NAR’s headquarters in Chicago.

Tracy Kasper, NAR’s 2019 vice president of advocacy, noted that this year is the 50th anniversary of the trade group’s political action committee (RPAC) and declared “Realtors are a force to be reckoned with on Capitol Hill.”

She highlighted that after a decade of lobbying work, the Federal Housing Administration (FHA) had released new approval guidelines to ease the process for buyers to purchase FHA-insured condominiums. The new rule, which went into effect October 15, will allow certain condos to be eligible for FHA mortgage insurance even if the project is not FHA approved.

She added that NAR is a “leader” in the conversation taking place in Washington D.C. regarding reform of government-sponsored enterprises Fannie Mae and Freddie Mac, which the trade group hopes will ensure the continued availability of the 30-year fixed rate mortgage. 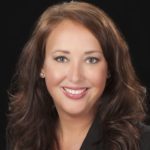 NAR Past President Elizabeth Mendenhall told attendees that the trade group is “in the discovery phase” of a project to overhaul its membership database, NRDS. 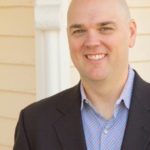 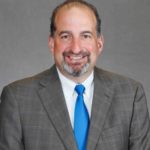 NAR leaders also announced that the trade group’s consumer ad campaign, “That’s Who We R,” is “here to stay” and its next evolution would come in the first quarter of 2020. An app preloaded with the ad campaign’s social media assets is currently in beta.

The campaign is “grounded” in NAR’s Code of Ethics and “gives meaning to our mark,” Goldberg said.

“You are the ones that continue to reach out and tell us what’s working and not working — I’ve heard a lot of that too,” Goldberg said, prompting laughter from the crowd.

Smaby added, “This remodel has set us up for the future. What a wonderful house that you have all built.” 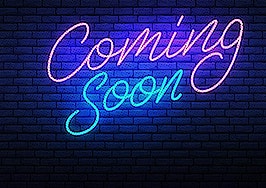 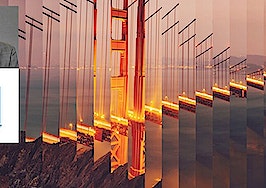 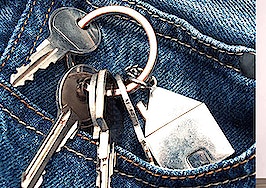 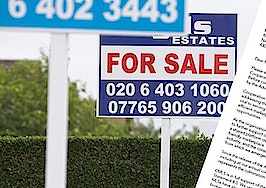