The National Association of Realtors’ board of directors approved a slew of new policies Monday, including rules that will require agents to complete ethics training less frequently.

SAN FRANCISCO — The board of directors of the National Association of Realtors approved a slew of new policies Monday, including rules that will require agents complete ethics training less frequently, redefine when agents can claim their services are “free” and deploy $6 million to start a new nonprofit focused on promoting homeowner interests.

In a relatively close vote, 489 in favor and 352 opposed, the board voted to require NAR’s 1.3 million members to complete training on the Realtor Code of Ethics every three years instead of every two years and that the current two-year cycle end on Dec. 31, 2021.

The board, which always meets on the last day of NAR’s two annual conferences, approved the policy change despite a recommendation from the NAR Executive Committee to defeat the proposal, putting it at odds with NAR’s leadership team, which recommended the proposal.

Discussion on the floor before the vote was largely in favor of the policy change.

NAR Director Leigh York, a member of the presidential advisory group (PAG) that recommended the change, said “tears were shed” as PAG members discussed the training requirement during meetings.

She said NAR owed the “over a million Realtors out on the street today” the “very best product” and the two-year requirement was resulting in them being herded “like cattle” through training.

“If we want to give them something with meaning, that has value, that is relevant in their marketplace, we need three years. If we could accomplish that goal in a two-year period, then why didn’t we?” she said.

Five years ago, the trade group’s board of directors voted to require members to complete the training every two years, instead of the previous four years.

NAR formed the PAG after its annual conference last year to address challenges faced by local Realtor associations in administering the two-year requirement.

Michael Labout, chair of the PAG, reiterated comments he made during the Association Executives Forum on Friday.

“This is not a reduction in the importance of the code of ethics at all or to our commitment to professionalism” but rather will “help us resolve an abundance of administrative issues that have occurred with the shorter time frame,” he told his fellow directors.

Director Cindy Chandler from the Charlotte Region Commercial Board of Realtors spoke against the proposal, saying she was uncomfortable with changing the policy for administrative reasons and wanted to keep the frequency of the training.

“You can’t teach ethics to the bad actors, but you can teach those who just don’t know any better,” she said.

Discrimination, when agents are ‘free,’ and ethics discipline

The board overwhelmingly approved three recommendations from NAR’s Professional Standards Committee. All passed without discussion from the directors.

NAR’s Finance Committee recommended the trade group pull $6 million from its political advocacy funds to form a “NAR-controlled and closely held” 501c(4) nonprofit dubbed the American Property Owners Alliance (APOA). The board approved the recommendation with no discussion, 771 to 22.

“Tax law requires the 501c4 organization to maintain a primary purpose of furthering the common good or general welfare of American property owners. So long as the 501c4 maintains its primary purpose of pro-property rights advocacy and education, it can also engage in limited direct political activity,” the report added.

Therefore, 60 percent or more of APOA’s budget will be dedicated to “connecting with property owners across America on issues that affect their ability to own, transfer and enjoy their property” and up to 40 percent on direct political activity, such as political communications and contributions to other 501c4 organizations and super PACs. 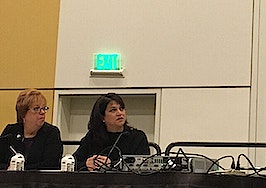 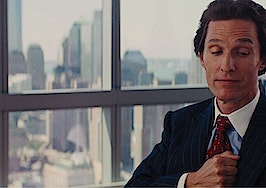