The iBuyer will purchase homes costing up to $800,000 in the Los Angeles metro area, which is home to more than 13 million people.

In a move that could shakeup one of the largest real estate markets in the U.S., iBuying giant Opendoor announced Wednesday that it has begun buying and selling houses in Los Angeles — and that it will purchase older and more expensive homes in L.A. than it does elsewhere.

In a statement, Opendoor revealed that in the Los Angeles area it will purchase homes costing up to $800,000 that were built any time after 1950. Those numbers represent a major departure for the company, which thus far has tended to focus on homes in the $300,000 range that were built more recently.

The decision to move toward older and more expensive homes, however, was likely made out of necessity. Like other iBuyers, Opendoor has so far thrived in Sunbelt cities like Phoenix which have vast tracts of relatively modern and affordable housing.

But according to Zillow, the median price for a home currently listed in Los Angeles is $849,900. The median price for sold properties is lower, at $710,400, and median home value is $696,900. But the takeaway from all three figures is that homes are far more expensive in L.A. than a place like Phoenix, and iBuyers wanting to play in Southern California will have to adjust their practices accordingly.

And Opendoor does clearly want to play there. Its announcement Wednesday revealed that it is operating not just in L.A. proper, but throughout the entire region which includes Orange County to the south and parts of Ventura County to the north. In total, the Los Angeles metro area is home to more than 13 million people, and those who want to sell homes will now be able to fill out a questionnaire and get cash offers on qualifying properties.

Opendoor also said in its statement Wednesday that would-be buyers in Los Angeles can use the company’s app to search for and tour any home on the local multiple listing service (MLS). An Opendoor representative will meet potential buyers to let them into properties.

Opendoor currently has more than 70 employees in L.A. and is hiring for dozens of other positions.

Additionally, Opendoor said Wednesday it already has “dozens” of its own homes for sale in the L.A. area. A brief scan of those properties on a map indicated most were located in southern Los Angeles County and inland Orange County. Several other listings were located on the northern fringes of the metro region. 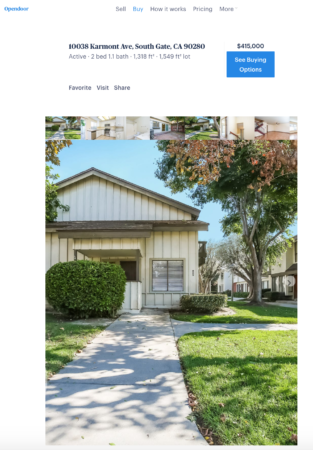 A townhouse Opendoor is currently selling in the Southern California community of South Gate. | Credit: Opendoor

Interestingly, about half the listings reviewed by Inman were either townhomes or condos. A townhouse in South Gate, for example, stretches across 1,318 square feet and has an HOA fee of $288 per month. Redfin, citing public records, shows that the property sold on Oct. 15 for $393,500 and was re-listed by Opendoor on Oct. 31 for $415,000.

The listing was the second cheapest of Opendoor’s LA-area properties at the time of publication.

Opendoor does have townhome and condo-type listings in other markets such as Phoenix, as well as in the same price range as the South Gate townhouse. But the company has historically focused on single-family homes in lower price ranges. The prominence of townhouses among its L.A. listings, on the other hand, suggests Opendoor may direct a greater focus to those kinds of properties in the comparatively pricey Southern California market.

Asked about its listings in L.A., an Opendoor spokesperson told Inman simply that the company will buy “single family homes, townhomes and condominiums.”

“If a home meets our buy box criteria in L.A., Opendoor will provide an offer to a homeowner that requests one,” the spokesperson added.

The company believes it has a strong pitch for consumers. Buyers who use Opendoor to purchase a home will get 1 percent of the purchase price back after closing, according to the statement. Those who use Opendoor to both buy and sell will get 1.25 percent back. Opendoor also offers buyers a 90-day buyback guarantee in case they want to get out of their purchase.

Opendoor’s cash offer program, in which it buys homes on behalf of consumers and then transfers them once a mortgage comes through, is not currently available in Los Angeles.

Though this is the first time Opendoor has operated in the L.A. area, it had previously moved into the Inland Empire and Riverside County, two areas adjacent to L.A. and Orange counties.

The expansion into Southern California’s larger population centers comes at a time of growth for Opendoor. In September, Opendoor acquired a title and escrow company, and just last week it added new partners to a program that lets consumers “trade up” for a new house.

With the expansion now into Los Angeles, Opendoor has further indicated it will be a dominant player in the fast-evolving iBuying space.

“The traditional home buying and selling experience is riddled with stress and uncertainty, particularly in a competitive real estate market like Los Angeles,” Andy Swanton, Opendoor’s general manager in L.A., said in a statement. “From a condo downtown to a bungalow in Huntington Beach to a starter home in West Covina, we’re thrilled to give Angelenos a simpler way to not only sell their home, but find, tour, and buy the home of their dreams.”

Update: This post was updated after publication with additional information provided by Opendoor. 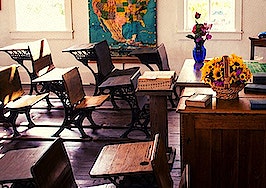 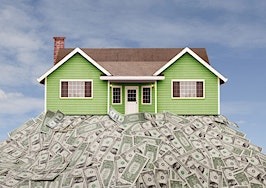 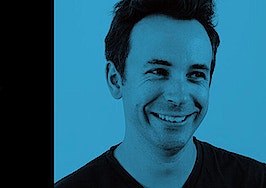