Experts agree that consumers save more when there’s more short-term rentals. One study found that’s even more concentrated near holidays.

The increasing number of short-term rentals on the market is continuing to reduce the cost of hotel rooms, making it easier and less costly to travel over the holidays, according to experts.

A paper published by researchers Chiara Farronato of Harvard and Andrey Fradkin of MIT, by the nonprofit think tank the Brookings Institute, found that the prevalence of short-term rentals is keeping prices in check. It is even more prevalent during major holidays like Christmas and New Year’s Eve and in cities like New York City and Los Angeles.

The paper found that “peer producers,” or property owners that rent out their properties, generated $41 of consumer surplus per room-night and $26 of host surplus while reducing variable hotel profits from accommodations. Most of that savings came in those major cities and around major holidays.

“In the short run, peer producers decide whether to host on a particular day,” the report reads. “Because of the flexible nature of their supply, we hypothesize that these producers will be highly responsive to market conditions, hosting travelers when prices are high, and using accommodation for private use when prices are low.”

“In contrast, because hotels have a fixed number of rooms dedicated to travelers’ accommodation, they will typically choose to transact even when demand is relatively low, while they won’t be able to expand capacity during peaks in demand,” the report continues.

A study published by CityLab earlier this year found that, for every 1 percent increase in the number of Airbnb properties, the average revenue per hotel room decreased by 0.02 percent. The number of short-term rentals is booming, meaning that a small percentage can grow very quickly.

“The impact on average room prices and occupancy rates was similar but smaller,” Tarik Dogru, an assistant professor of hospitality management at Florida State University, wrote in the piece. “Room prices fell 0.003 percent to 0.03 percent for every 1 percent increase in Airbnb supply, while hotel occupancy declined by 0.008 percent to 0.1 percent.” 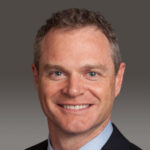 “Short-term rentals and the technology that facilitates them reduce economic ‘search cost’ for renters and landlords, and improve the utilization rate of housing by allowing people to more efficiently rent excess capacity that would otherwise not have been on the market,” Fleming told Inman, speaking broadly to the economics. “While short-term rental platforms may increase competition between short-term and long-term renters, they may actually increase the overall supply of rentable housing.”

Despite experts and studies showing that short-term rentals are ostensibly saving consumers money, Both Airbnb and the hotel industry have exchanged words over the years, accusing each other of price gouging around holidays or major events.

Airbnb accused the hotel industry of price gouging around holidays, major sporting events, and even tragedies, in 2017. AirbnbWATCH, a consumer watchdog group backed in part by the American Hotel and Lodging Association, put out a report that accused Airbnb hosts of price gouging during the Super Bowl in 2018.