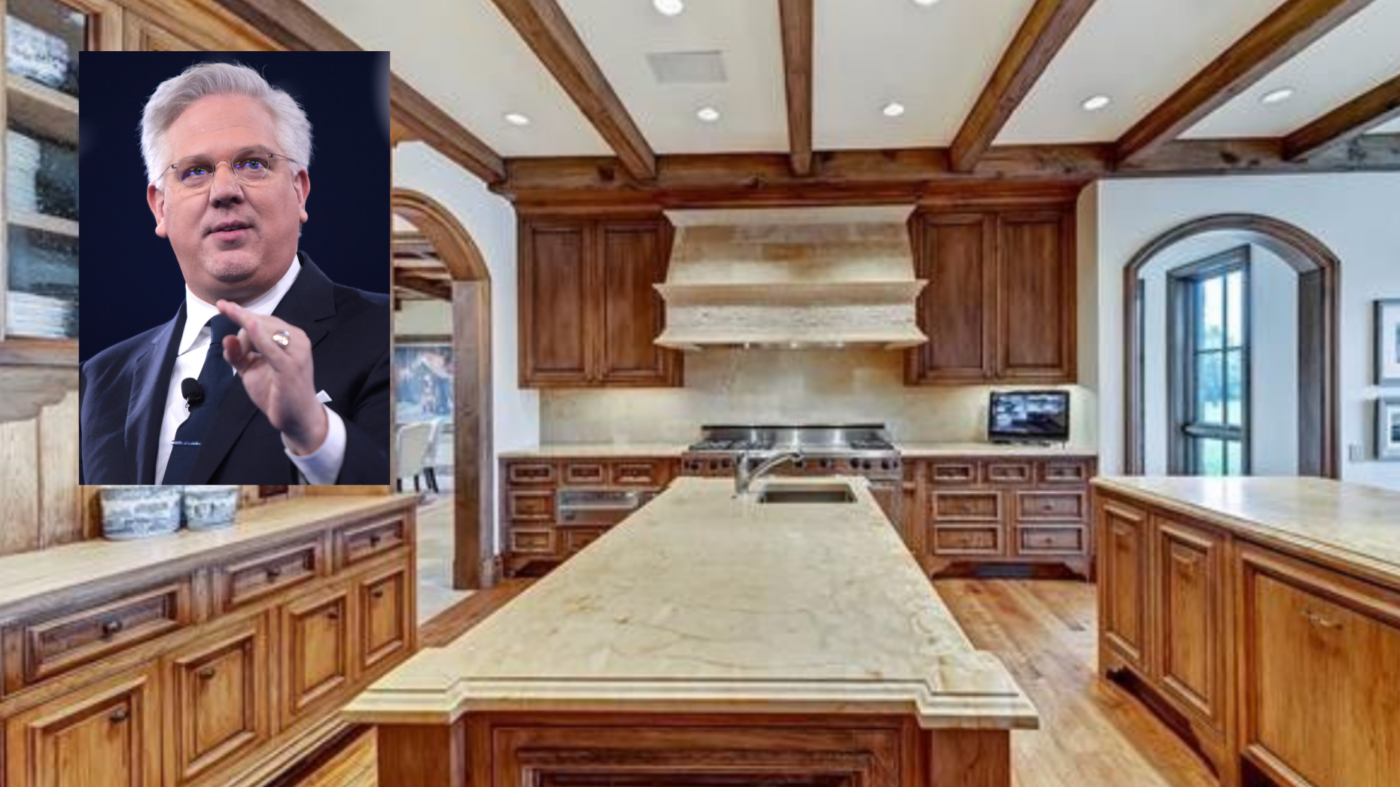 Conservative commentator and broadcaster Glenn Beck has slashed the price of his Texas mansion by more than $1 million after struggling to sell for a year and a half.

The 9,000-square-foot mansion in Westlake’s Vaquero Club golf community was built in 2004 in the French country house style, according to Realtor.com. Beck and his wife, Tania Beck, bought the home in 2012 for an undisclosed amount and listed it for $6.2 million in May 2018.

They have now lowered the price to $4.95 million, or what amounts to a roughly 20 percent discount.

Glenn Beck cut the price of his Texas mansion by more than $1 million.

The far-right commentator and broadcaster first listed the property for $6.2 million in May 2018.

The 9,000-square-foot mansion in Westlake's Vaquero Club golf community was built in 2004 and is now listed for $4.95 million.

It has five bedrooms, six-and-a-half bathrooms, a guest house, a pool with a diving area an a spa.

Beck is best known for his one-hour news program on Fox News at the end of the 2000s. After splitting from the news channel in 2011, Beck founded a conservative television network called The Blaze.

Throughout his career, Beck has espoused far-right views about topics such as immigration while also promoting a number of conspiracy theories.

Located at 2224 King Fisher Drive, the Westlake mansion boasts five bedrooms, six-and-a-half bathrooms, a guest house, a pool with a diving area and a spa. Many of the rooms boast views of the golf course while the outside has several outdoor rest areas, a pergola with views of the course and a fire pit.

Compass’ Jeff Watson is the agent representing the property.

Beck was best known for his self-titled one-hour news program on Fox News, which aired from 2009 to June 2011. After splitting from the news channel, he moved to Dallas and founded a conservative television and radio network called The Blaze. Throughout his career, Beck has espoused far-right views about topics such as healthcare and immigration while promoting conspiracy theories about President Barack Obama, George Soros and global warming.